Quantum Ensemble closes the season with a concert at the Conservatoire 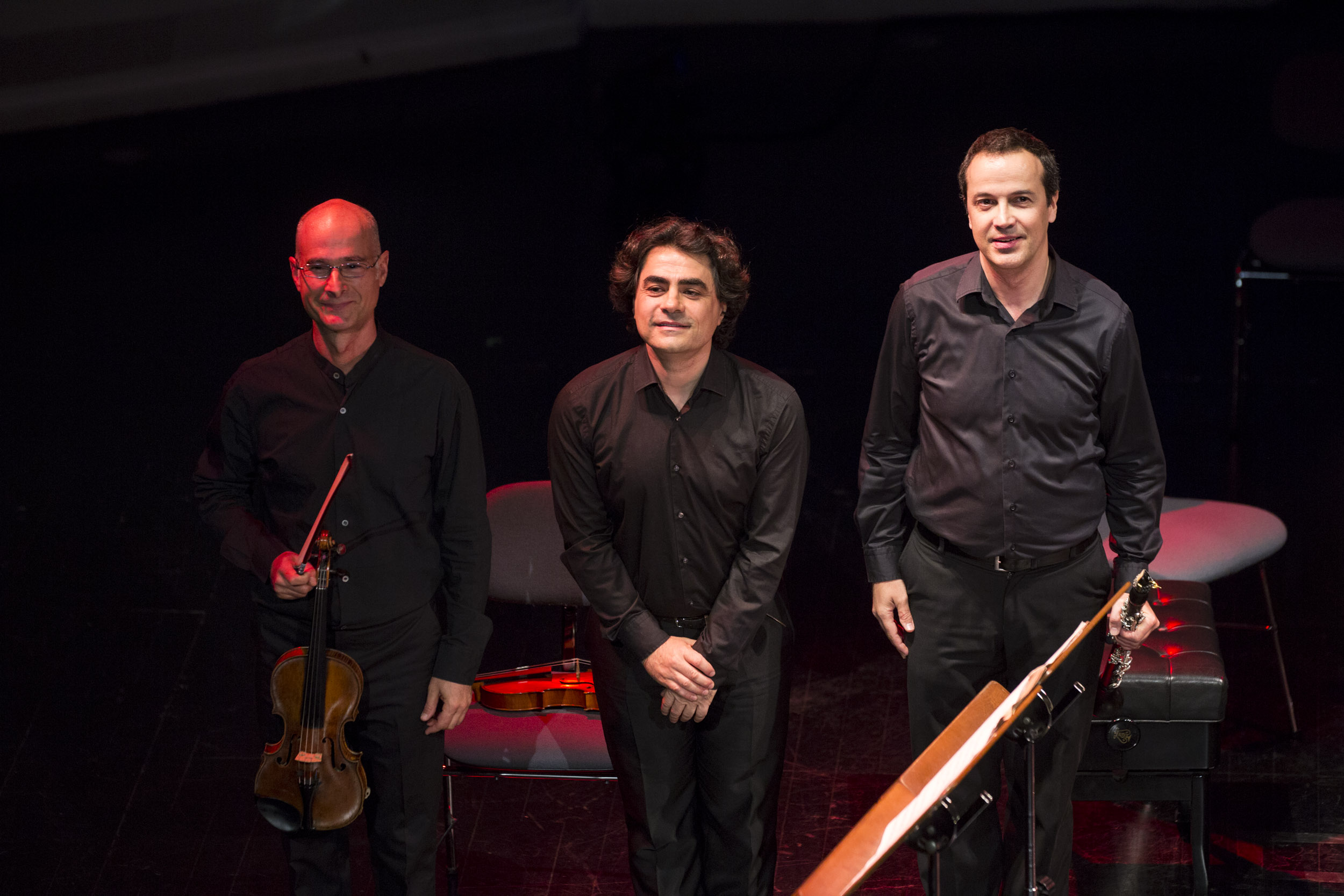 The ensemble is made up of the following musicians: Cristo Barrios (clarinet), David Ballesteros (violin) and Gustavo Díaz-Jerez (piano). On this occasion, they welcome three guest performers: Javier Negrín, piano, and Carlos Llácer and Francisco Díaz, percussion.

The programme includes Igor Stravinsky’s The Rite of Spring and The Miraculous Mandarin by Béla Bartók. Two ballets which are full of imagination and cruelty, and which were both viewed as shocking and transgressing when they were first performed. The programme is rounded off with the first performance of a piece that Laura Vega has expressly composed for Auditorio de Tenerife resident chamber ensemble.

As usual in Quantum Ensemble’s events, there will be a talk before the concert to learn more about the pieces to be listened to. This time, Gustavo Díaz-Jerez will meet us at the Conservatoire at 6:30 pm.

The Rite of Spring by Igor Stravinsky depicts the ritual sacrifice of a maiden who is forced by her tribe to dance to death in order to gain the benevolence of the gods. Its first performance took place in Paris in 1913 and has gone down in history as one of the most notorious failures. The critics described it as “an incomprehensible raucous succession of sounds and noise”.

Béla Bartók’s The Miraculous Mandarin tells the story of a young woman that seduces a mandarin who is robbed and suffocated by some tramps. His body glitters mysteriously before dying. Its premiere in Cologne in 1926, the audience felt so offended that the police had to intervene and its performance was temporarily banned.

The concert prompts us to reflect on how masterpieces are eventually accepted, in spite of the rejection their being radical and original caused in the first audiences.