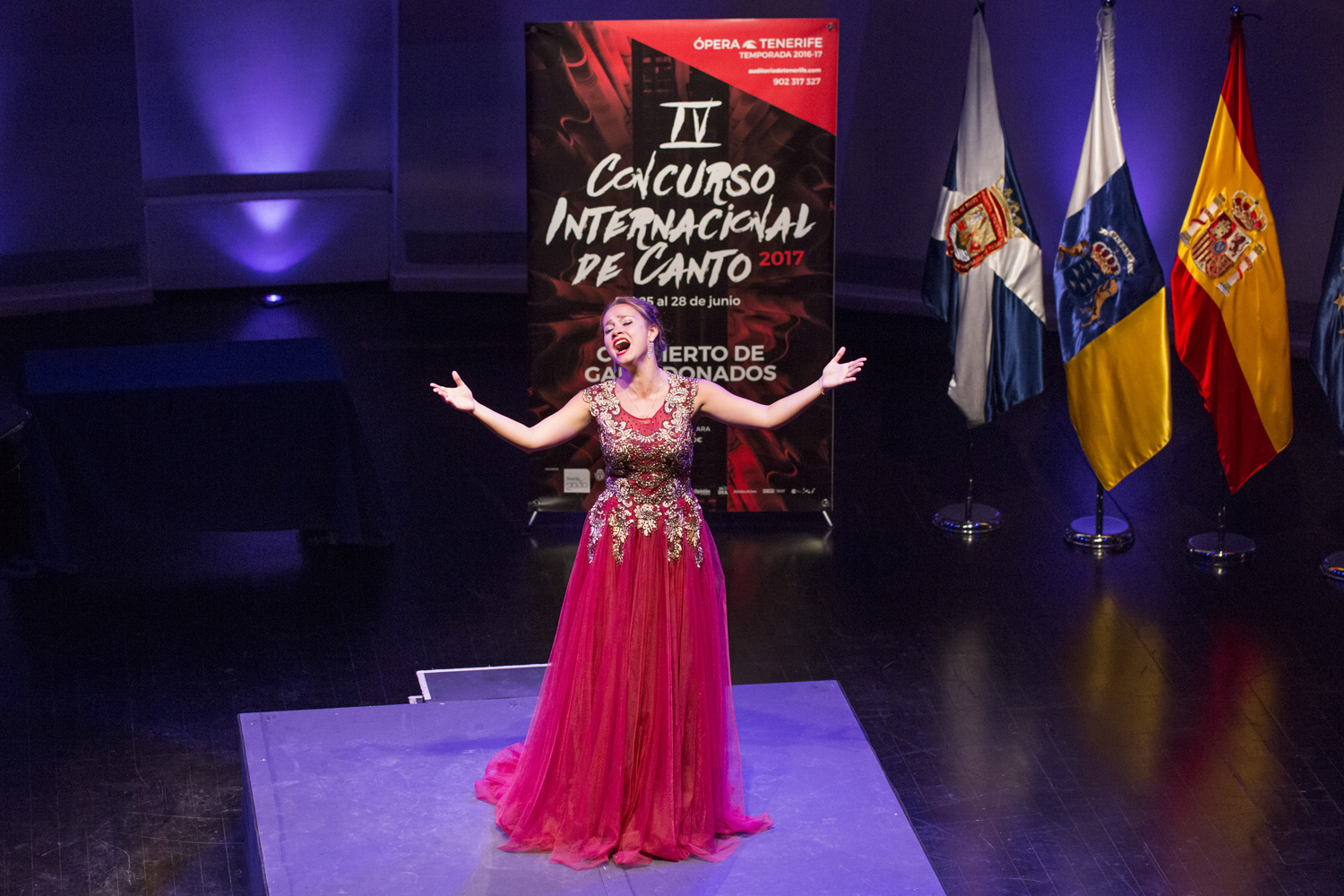 The 5th Ópera de Tenerife International Singing Competition is starting tomorrow [Sunday 1] at 4:00 pm at Auditorio de Tenerife and will continue until Wednesday, 4 July. This year 38 candidates from 18 different countries are taking part in this competition whose aim is to help entrants achieve a higher level and a more successful career.

The largest group comes from Spain -eleven singers- including Canarian Sonia Hernández; there are five entrants from Italy, three from South Korea, two are coming from Germany, Japan, Mexico and Romania and one from Argentina, Brazil, Chile, the United States, Hungary, Latvia, Poland, United Kingdom, Switzerland and the Ukraine.

The candidates are performing five arias of their choice and will be evaluated under different tessituras in the qualifying phase on 1 and 2 July. A day later, the semifinal takes place at 5:00 pm to then go on to the final on 4 July at 6:00 pm when the finalists will perform an opera aria chosen by the jury, or a zarzuela aria if they are competing for the new María Orán Award for best zarzuela aria performance. This new award is a tribute to the memory of the Tenerife singer and it also aims to encourage the internationalization of opera in Spanish. To compete for this new award, candidates must perform one of the roles included in the Ópera de Tenerife zarzuela season, according to the specific needs of each title and vocal and stage suitability.

The winners will be awarded prizes of 5,000, 3,000 and 1,000 Euros respectively and the audience attending the final will vote to grant the honorary Audience Extraordinary Award. Also, but not in competition, the different artistic managers attending the event will offer roles for their season productions according to the singers’ suitability to their requirements.

As usual, the award-winners will give a concert on Thursday, 5 July at 7:30 pm at Sala de Cámara, accompanied by maestro Dario Tondelli.  Tickets for this concert are available through the normal sale channels of Auditorio de Tenerife: at the box office from 10:00 am to 7:30 pm, Monday to Saturday, on www.auditoriodetenerife.com or calling 902 317 327.

The competition has the collaboration of Acción Cultural Española (AC/E) which, through the Programme for the Internationalization of Spanish Culture (PICE), in the Visitors category, provides a prestigious international jury whose members have a solid artistic and technical reputation. Although it is chaired by As.li.co vice-president Giovanna Lomazzi, on this occasion it will be the artistic director of the Fondazione Teatri di Piacenza, Cristina Ferrari will be taking her place.  Other members of the jury include casting manager and musical director assistant of Teatro Massimo di Palermo, Alessandro di Gloria; the general manager of Teatro Comunale di Bologna, Fulvio Macciardi; the stage manager and artistic production manager of Teatro Argentino de La Plata, Pablo Maritano; the artistic programming manager of  Teatro Regio di Parma, Cristiano Sandri; the artistic manager of the Young Artists Ópera del Teatro Bolshoi, Dmitry Vdovin;  the member of the Society for the promotion of Chinese Traditional Culture, Qing Xu; the general and artistic director of Ópera de Oviedo, Javier Menéndez; intendant of Theater und Philharmonie Essen, Hein Mulders; and the artistic director of Gran Teatre del Liceu de Barcelona, Christina Scheppelmann.