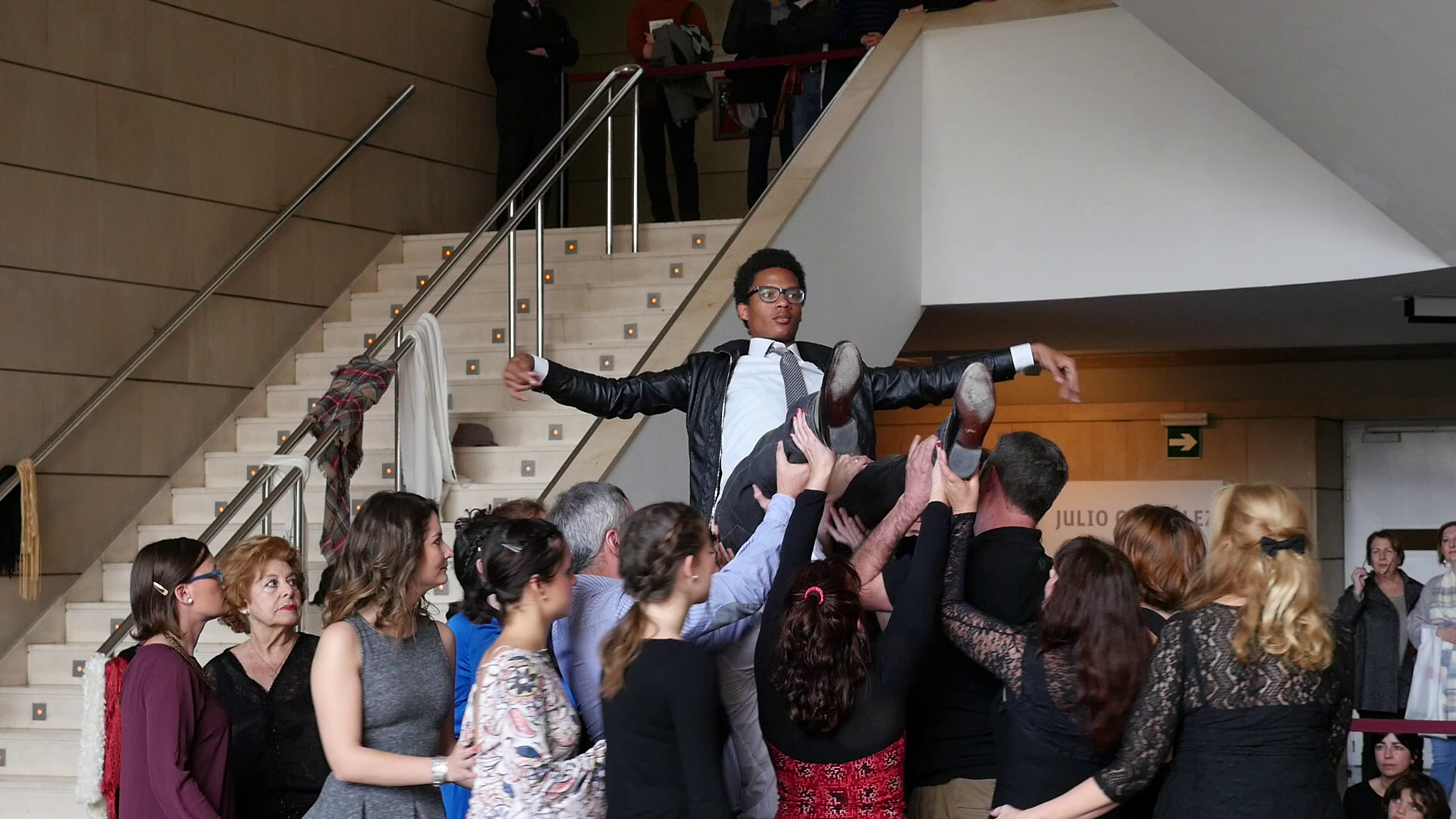 The Festival Internacional de las Artes del Movimiento (FAM) and the Festival de Tenerife are taking over Auditorio de Tenerife on Sunday, 18th  to fill it with dance. The duet Eran casi las dos starts at 7:00 pm in Sala Castillo, and is followed by Generation at 8:30 pm in Sala de Cámara.

Festival de Tenerife’s Eran casi las dos, [It was nearly two] is a contemporary dance show that seeks to tell a story as if it were a piece of news. Through dance and electronic music, they stage in a cinematographic style what happened when it was nearly two.

The main idea of the script is around a meeting point for two people where he (Miguel Ballabriga) is waiting for her (Carmen Fumero) to arrive. They have different intentions and what unfolds is the result of a conflict in the past. Envy, struggle, egocentrism and illness leading to loneliness move both individuals in their physical conversation, which ends tragically. Eran casi las dos won the First Prize at the 29 Certamen Coreográfico de Madrid and the RCH Award for best performance at the 14 Certamen Internacional de Coreografía Burgos-New York.

Generation, a collective piece on the FAM bill this year, is part of the Creadores en Comunidad scheme by Danza en Comunidad. At Sala Castillo in Auditorio de Tenerife, Valencian company Taiat Dansa is giving a workshop from Thursday, 15th till Sunday. Twenty people from the different Danza en Comunidad groups have enrolled.  Taking the work done at the workshop as a starting point, they will create the piece Generation in which workshop students and dancers Meritxell Barberá and Inma García are taking part.

Dance Generation, the Taiat Dansa project which includes this activity, is keen on making audiences aware of the practice, creation and history of contemporary dance. So, professionals, amateurs, students, children, teenagers, young people, parents and grandparents get together in the same space to break the barriers that separate dance, and art in general, from citizens.

Tickets for both shows can be purchased at Auditorio de Tenerife box office Monday to Saturday from 10:00 am to 7:30 pm, on websites www.auditoriodetenerife.com  and www.festivaltenerife.com  or calling 902 317 327.