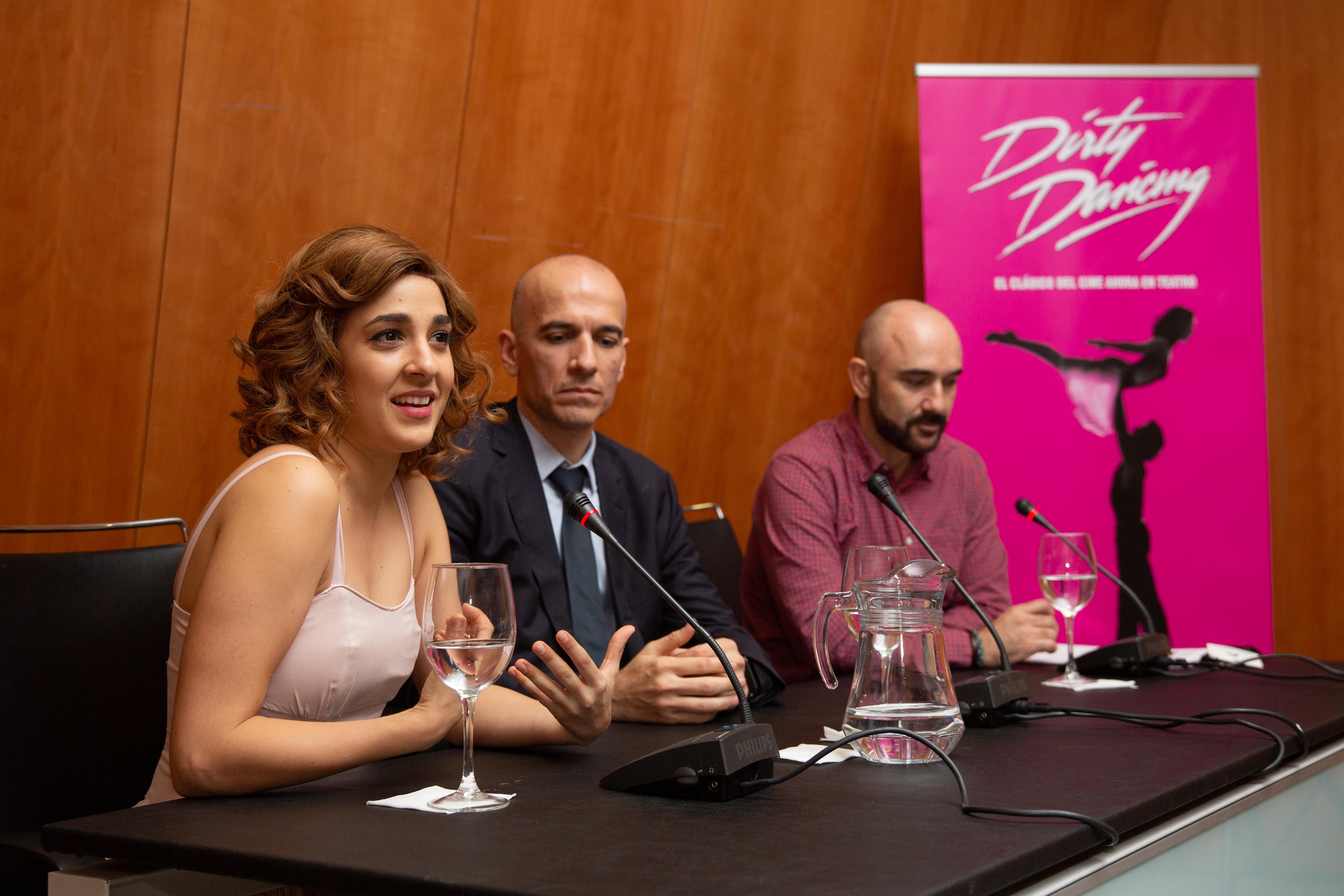 From 27 December to 4 January Auditorio de Tenerife is host to ten performances of Dirty Dancing, the theatre version of the great 1980s film classic. In the presentation of the show the details of the musical were revealed by the leading actor Laura Enrech, who plays Baby Houseman, the tour coordinator Carlos Alexandre, and Auditorio de Tenerife manager, Daniel Cerezo. Twenty-four actors and musicians make up the cast of Dirty Dancing, translated from the big screen into the stage under the direction of Federico Bellone and the production of LetsGo Company.

The protagonist said she was delighted to be on the Island again and perform at the Sala Sinfónica in Auditorio de Tenerife, “which is magical”. “In this show, you’ll see exactly the same as in the film, which apart from being a universal love story deals with current social issues”, the actor revealed. She has performed on the island in other musicals like Mamma Mia! and The Miserables.

Carlos Alexandre admitted that “we’re very proud of this production, which has had an average 80% attendance during the tour that has already included 36 cities and more than 600,000 viewers”.

Daniel Cerezo emphasized that Auditorio de Tenerife likes to reserve a space for musicals at Christmas time. “Last year we had an in-house production, Sunset Boulevard and this year, Dirty Dancing which has been across the country. We always end the year with a musical”, explained the manager.

The stage has three revolving sets to take the audience to the different settings where the action takes place, like Kellerman’s Hotel where Baby is staying with her parents in a seemingly boring holidays; the hall, the dining-room, the staff quarters, the garden, the guest rooms, and the basement where the staff practice the "dirty dancing".

Costumes take the audience some decades back: dozens of wigs and hundreds of garments showcase the style of the period. The play finally hits the stage full of passion and romance and with music that speeds hearts up and spectacularly sensual dances. The show includes the original soundtrack of the great and unforgettable songs of the film including Hungry Eyes, ¡Hey! Baby, Do you Love Me? And the Oscar-winning theme (I’ve Had) The Time of My Life.

The author of the film herself, Eleanor Bergstein, has taken care of the theatrical adaptation of the musical. The film re-invented the dance genre through a new style and an incredible story that gripped viewers back in 1987 when it was first released. The theatre version, also record-breaking worldwide, manages to convey to the stage the nostalgia of the 1980s with all the feelings aroused by Jennifer Grey and Patrick Swayze on the silver screen.

In the summer of 1963, young Frances Baby Houseman’s life is about to change. While on holiday with her parents and her older sister at the luxurious Kellerman’s in New York’s Catskill Mountains, Baby accidentally comes across a wild party full of music and dance in the staff area. Fascinated by the provocative dance steps and the mesmerizing music rhythms, she cannot help plunging into that world, especially after meeting Johnny Castle, the hotel’s dance instructor. Baby becomes his dance partner both on and off stage: two young spirits get together in what is to become the most challenging summer in their lives.

Tickets can be purchased at Auditorio de Tenerife box office from 10:00 am to 7:30 pm, Monday to Saturday; on www.auditoriodetenerife.com, here or calling 902 317 327