Auditorio turns into an enchanted forest with Filarmónica Miguel Jaubert 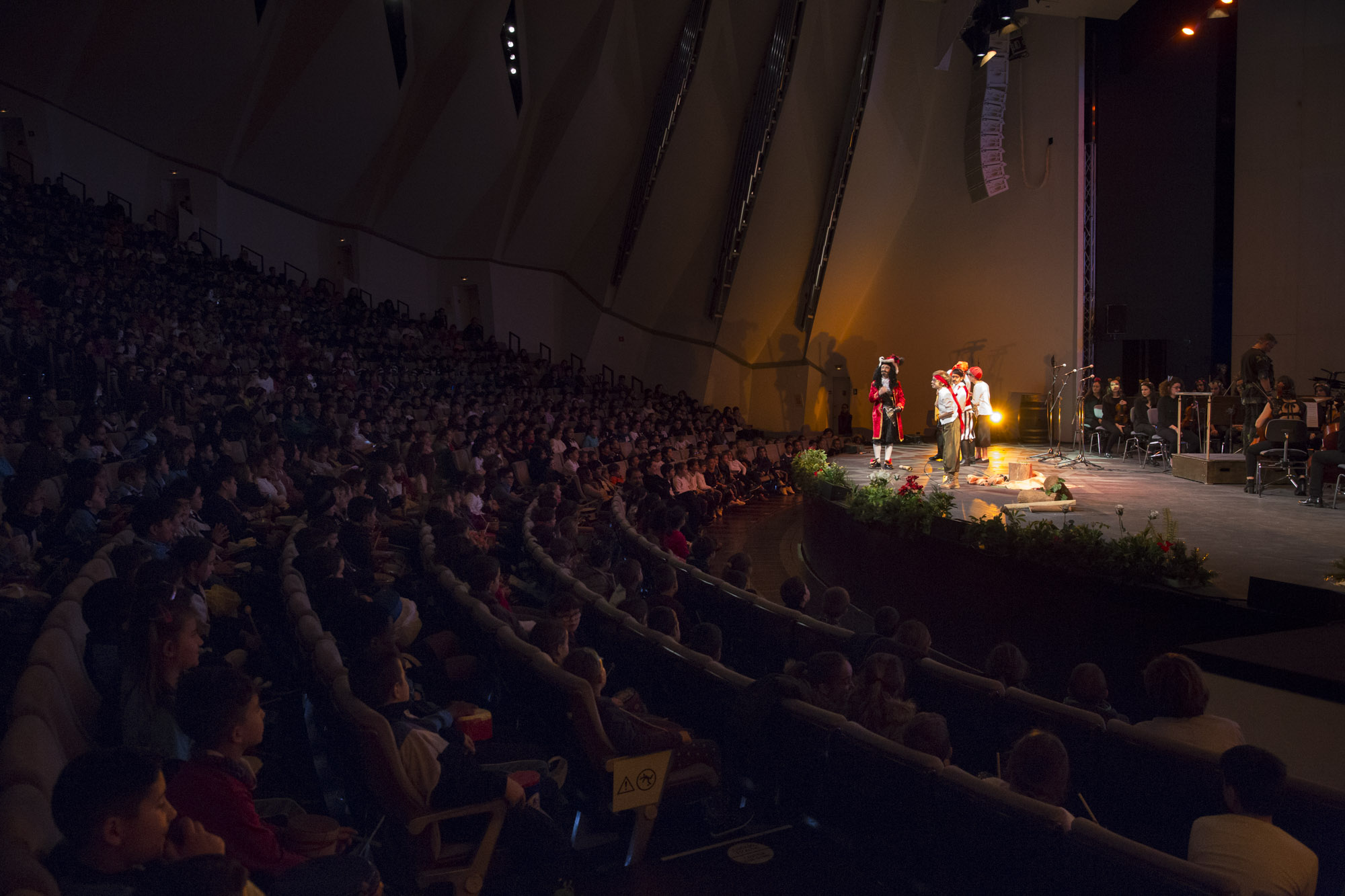 Their programme includes both classic pieces (L’Arlésienne-Suite nº2 by Georges Bizet, Tritsch Tratsch Polka by Johann Strauss and Hungarian Dance nº 5 by Johannes Brahms), and current great hits (Pharrell Williams’s Happy  arranged by José Cubas and What a wonderful world by Louis Amstrong), film soundtracks (themes from The Lord of the Rings by Howard L. Shore arranged by J. Whitney and Recuérdame, from the film Coco, by K. Anderson López and R. López) and even local songs (Vivo en un archipiélago by Manuel Negrín).

El bosque encanta-do-re-mi-fa-sol is inspired by classic tales that take place in groves, the perfect setting for the imagination, fantasy, and mystery. The hero in this story dreams of becoming a musician but to achieve it, he must overcome some obstacles that stop him from finding the way back home. He is not alone as he has a wide range of characters from classic tales who, like him, will discover music’s saving powers.

Orquesta Filarmónica Juvenil de Tenerife Miguel Jaubert was set up in September 2012 with Fundación DISA as their main sponsor. This group is part of the social project of Asociación Canaria para la Difusión de la Música (Acadim) [Canarian Association for the spreading of music] and it is a children’s orchestra that makes music for children, thus following the original idea of the founder of the project, Miguel Jaubert Gómez.