We are celebrating International Dance Day 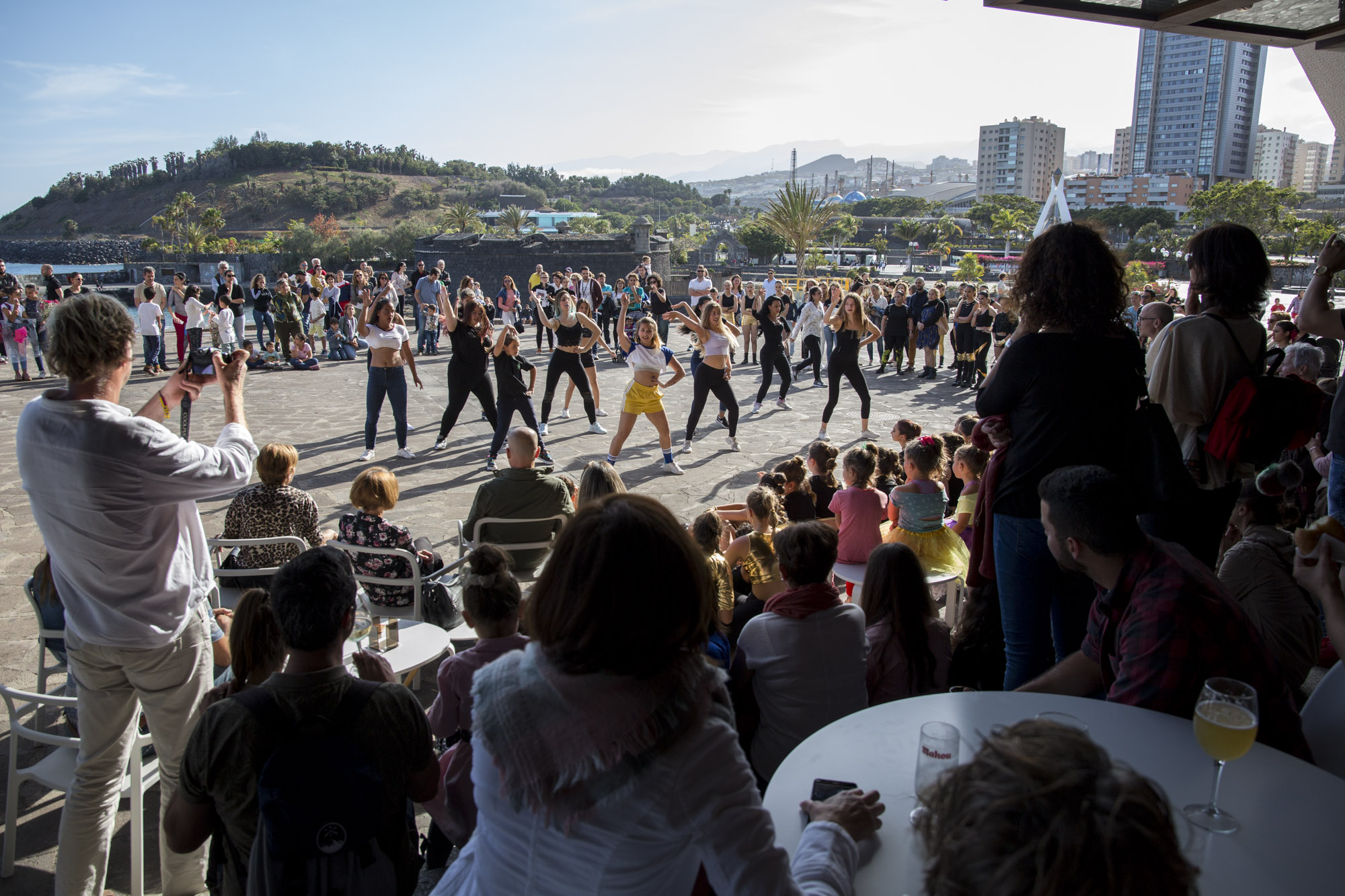 The Cabildo de Tenerife is celebrating International Dance Day this weekend with different activities as it continues with its commitment to this discipline -which it has supported from the start- by organising a performance in La Laguna, several workshops and a great exhibition of different local schools that are welcomed on Sunday, the 28th at the foyer of Auditorio de Tenerife.

The details of this celebration were disclosed today, Friday, the 26th at a press conference by the Head of Artistic Projects of Auditorio de Tenerife, Enrique Camacho; the coordinator of the Laboratorio de Artes Vivas Tenerife LAV, Javier Cuevas; and the dance teacher of Teatro Victoria, Patricia Monroy.

Enrique Camacho explained that “the Cabildo has been applying policies to support dance for many years, always with the sector’s collaboration, in an attempt to put it in the position it deserves”. “Although this is a very important celebration for us, at Auditorio de Tenerife we celebrate dance 365 days a year”, he added.

In the same line, Javier Cuevas stated that “this International Day is important, but more so is the steady support received from Cabildo de Tenerife, to groups of Canarian dance, who have solid circuits and high-level Canarian creators, who have won different national dance awards”.

In Patricia Monroy’s opinion “all the island’s schools celebrating together International Dance Day at Auditorio de Tenerife are being part of a great event, a day when we share moments with all our colleagues”. The dance teacher encourages the public “to dance, whether you’re a dancer or not, it’s really therapeutic”.

The first activity is taking place tonight [Friday, 26] at 9:00 pm at Sala Principal of Teatro Leal in La Laguna with the show Should they may be, by Centro Coreográfico de La Gomera. The driving force behind this piece, created and performed by Gregory Auger and Martín Padrón, is the complexity of human beings and their need to express, tell, convey, and the noise in their busy, restless minds, which are difficult to tame.

The show deals with concepts like human strengths and weaknesses, their vital need to move, feel and go down a path as well as the fall into the abyss of thoughts, lack of faith, freezing fear, and the need to free themselves from their traumas. Tickets can be purchased at Teatro Leal box office from 11:00 am to 1:00 pm and 6:00 pm to 8:00 pm.

This free event is aimed at primary and secondary school teachers, dance and movement arts teachers, psychologists, choreographers, artists related to dance, to the movement and body arts, and to everyone who has an interest in treating their bodies in psychosomatic, socio-political and health aspects. Both activities are part of the Tenerife LAV programme, of the Cabildo’s Distrito de las Artes.

On Sunday the 28th, Auditorio de Tenerife welcomes a great dance festival with the participation of 34 schools and academies of the island, which will exhibit such different styles as flamenco, classical, hip-hop or contemporary. Admission is free.

Performances start at 4:00 pm and include the screening of a video with the Message for International Dance Day, which in 2019 is by Karima Mansour, Egyptian dancer, choreographer and educator.

This established yearly event of Auditorio de Tenerife is part of its Educational and Social Area with the collaboration of Fundación Cepsa and Obra Social “la Caixa”.

Apart from the exhibition, Auditorio de Tenerife rounds the day off with some training sessions to take place from 4:30 pm to 5:30 pm. The bachata workshop, given by teachers Cesar Méndez Jorge and Bibiana Muñoz García of Academia LatinSalsa, will be held at Sala Multiusos and is targeted at youths and adults wishing to learn the basic steps of this dance. Bachata is a social dance from the Dominican Republic which is now danced worldwide.

There is also another workshop in sevillanas and rumbas, at Sala Puerto in Auditorio de Tenerife given by Ana Manrique de Lara Gonzalez and Aida Herrera Ramírez of Academia Ana Manrique. This session is addressed to children aged 3 to 14 and is an initiation in sevillanas and rumba. At 6:00 pm they will have the chance to show what they have learnt in each workshop at Plaza Castillo, outside Auditorio. Please register for free on www.auditoriodetenerife.com.