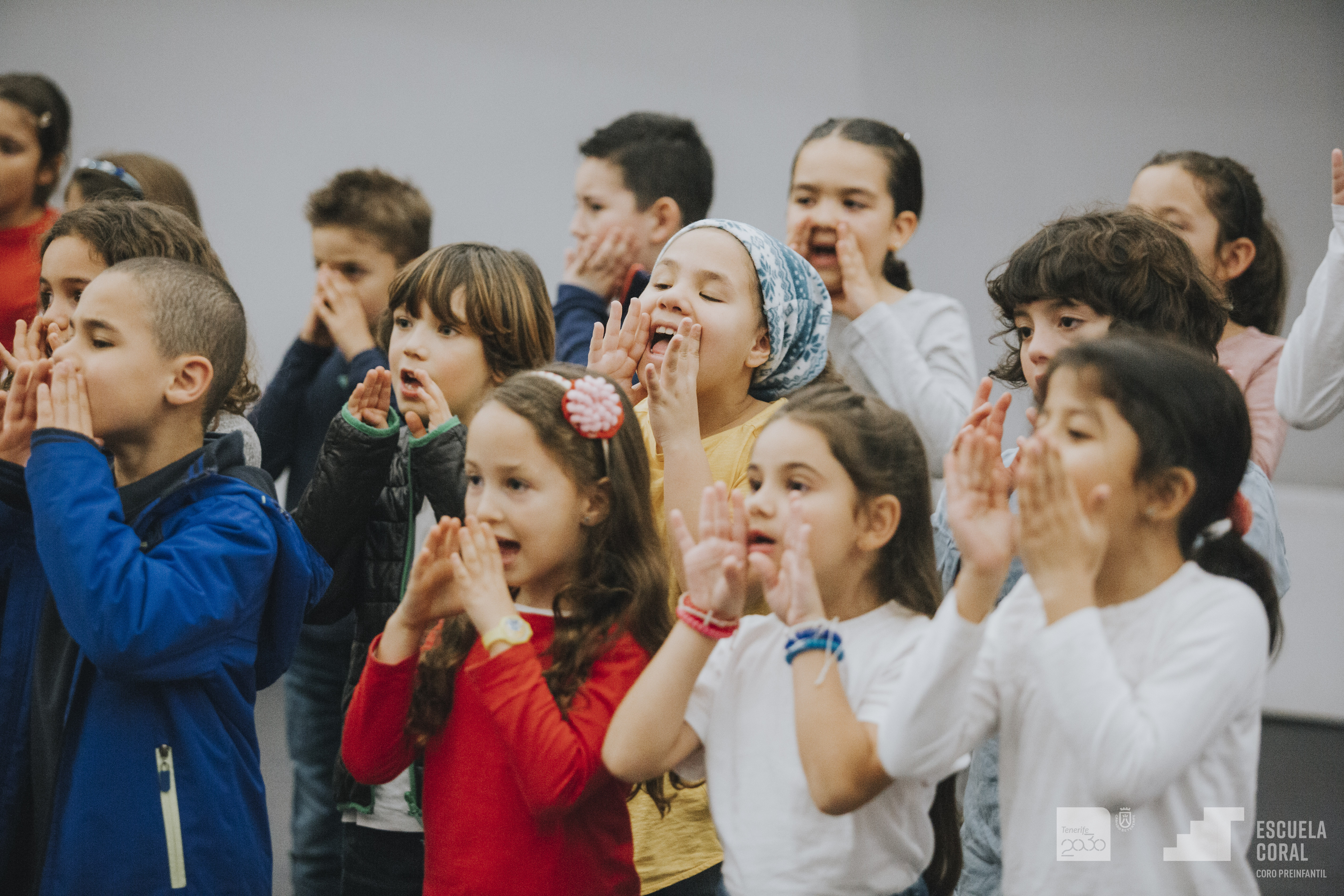 At 8:00 pm on Thursday the 27th Auditorio de Tenerife’s Sala de Cámara is hosting a very special concert: Escuela Coral de Tenerife’s closing event. In the school’s second season, kids, youths and adults have attended two classes per week from October to June. Admission to the event is free.

The show, also featuring Coro Juvenil de Auditorio de Tenerife [Auditorio de Tenerife Young Choir], will test what the nearly one hundred students have learned about singing, interpretation and body percussion during the year. The course is promoted by the Island’s Cabildo that has also shown its commitment to this training by opening new rooms exclusively dedicated to choral singing at Auditorio.

The concert will last for approximately ninety minutes and it will include contemporary repertoire with some gospel, sacred, and popular music from different regions and countries. This repertoire is also marked by the visits of conductors of national and international renown like Josu Elberdin, Basilio Astulez, Pedro Teixeira, Juan Manuel Brarda, Vanina Fernández and Esteban Conde; these professionals have offered special activities, thus contributing to reinforce the learning of areas like interpretation, voice technique and body language.

In the point of view of school director Roxana Schmunk, in this second year the “project has been reinforced”, the number of members in the children and pre-juvenile groups has grown plus the new adult choir has had an amazingly good reception. More than fifty people get together twice a week, proof of how eager people in this age group are to learn music.

“Education in music has traditionally been neglected in our community and we are proud to offer this training, which opens the door to the chance of getting involved in the world of music and all the benefits it entails, at no cost”, Schmunk explains to then conclude by saying “singing in a choir helps us to channel our emotions and express ourselves more creatively”.

The Escuela Coral de Tenerife is now preparing its third course which is to start next October. As a novelty, it will be including a young group, a chance to train new future members of the Coro Juvenil de Auditorio de Tenerife, which is fully immersed in top-level international competitions despite being just three years old.

A new application period will be available in September, after the call held this June, in which the adult group doubled its number of participants.

The activity of the Escuela continues in the summer with the Tenerife Choral Camp taking place from 1 to 5 July, which also includes a concert at the end of the camp, on 5 July at Salón de Actos of IES La Laboral de La Laguna.