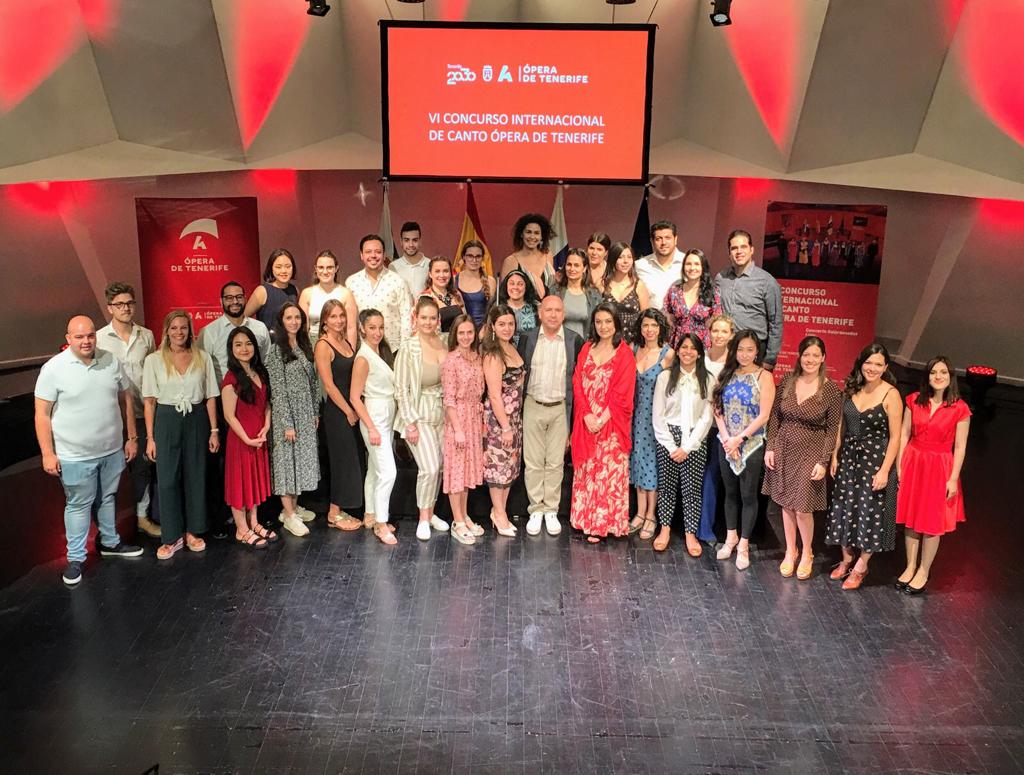 Ópera de Tenerife started the VI Concurso Internacional de Canto [6th International Singing Competition] on Sunday, 30 June at 4:00 pm in Auditorio de Tenerife. It will go on until Thursday, the 4th when it will close with the Award-Winners Concert. This year, fifty candidates from twenty-five different countries have entered the competition in a contest whose aim is to become a platform for the artistic and professional development of participants.

Most candidates come from Spain, which totals thirteen singers, including five Canarian artists. There are also four singers from the United Kingdom and Russia; three from Germany and two from Belorussia, Chile, South Korea, the United States, and Venezuela, plus one candidate from Argentina, Brazil, Bulgaria, Canada, China, Guatemala, Ireland, Israel, Italy, Japan, Mexico, Norway, Poland, Romania, Serbia and Turkey.

The candidates have prepared five arias of their choice which will be tested in different tessitura in the qualifying phases from 30 June to 2 July. The final is taking place at 6:00 pm on Wednesday, the 3rd. Each participant will sing an aria chosen by the jury or a zarzuela aria if competing for the Premio María Orán. Admission is free.

The Premio María Orán is for the best interpretation of a zarzuela aria. With this award Ópera de Tenerife does not only pay tribute to the memory of the Tenerife artist, but it also encourages the internationalization of opera in Spanish. Candidates must perform a role of one of the zarzuela titles in the Ópera de Tenerife season, according to the specific needs of each title and voice and stage suitability.

There will be three cash-prices of 5,000, 3,000 and 1,000 euros respectively. There is an honorary Extraordinary Audience Award to be voted by the audience present in the final. Also, the various artistic directors attending the show will offer roles in their season productions according to the artists suitability and the productions’ requirements.

As always, the award-winners will give a concert on Thursday, 4 July at 7:30 pm at Sala de Cámara in Auditorio de Tenerife with maestro Dario Tondelli. Tickets for this concert are now on sale through the usual sales channels of Auditorio de Tenerife – at the box office from 10:00 am to 7:30 pm, Monday to Saturday; via www.auditoriodetenerife.com or by phone on 902 317 327.