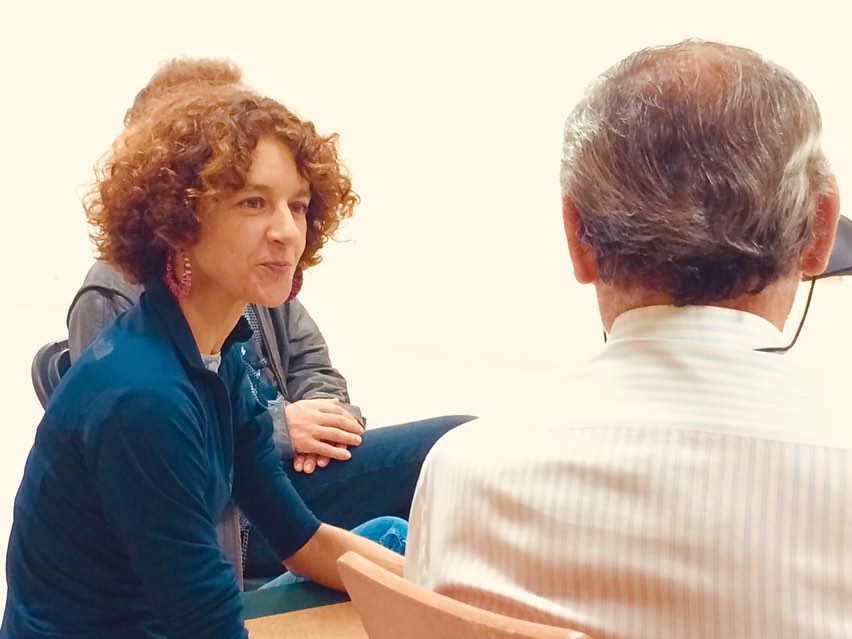 Apart from the staging, the contemporary dance teacher and higher audio-visual technician took part in the Tenerife LAV Encuentros scheme on the outskirts of town in which the guest artist shares work tools, processes and points of views with different groups.

Teresa Lorenzo worked with Metamorfosis, the performing arts group of the Sociedad Insular para la Promoción con Discapacidad (Sinpromi), made up by people who have been diagnosed with serious mental health disorders, which is coordinated by Beatriz Bello.

To work in Claros del bosque Teresa Lorenzo starts from the idea that “the magic gift of the body is stated by the power of its presence”. “This faculty could perhaps be considered to be inborn or learnt from its own nature; if it is learnt, we can conclude, from a magic thinking stance, that it speaks the same language”, the Canarian creator reflects.

The approach for these sessions starts in Orpheus’s singing to address what came first, where everything has its roots, which in this case is sheer shamanism. According to the myth, it is a slow, relaxing chant which apparently, has very little or nothing to do with the usual music played by magicians and shamans of other cultures, where percussion prevails.

His chant has hypnotic powers whose aim is to soothe the spirit, something related to one of the basic principles of magic.  We are referring to imitative or sympathetic magic, which is based on the metaphysical belief that like acts on like, hence Orpheus’s purifying music or the harmonized body of a performer, via the process of imitative magic, would calm down the souls or the moods of those who are listening to his chant or looking at her movement and stillness.