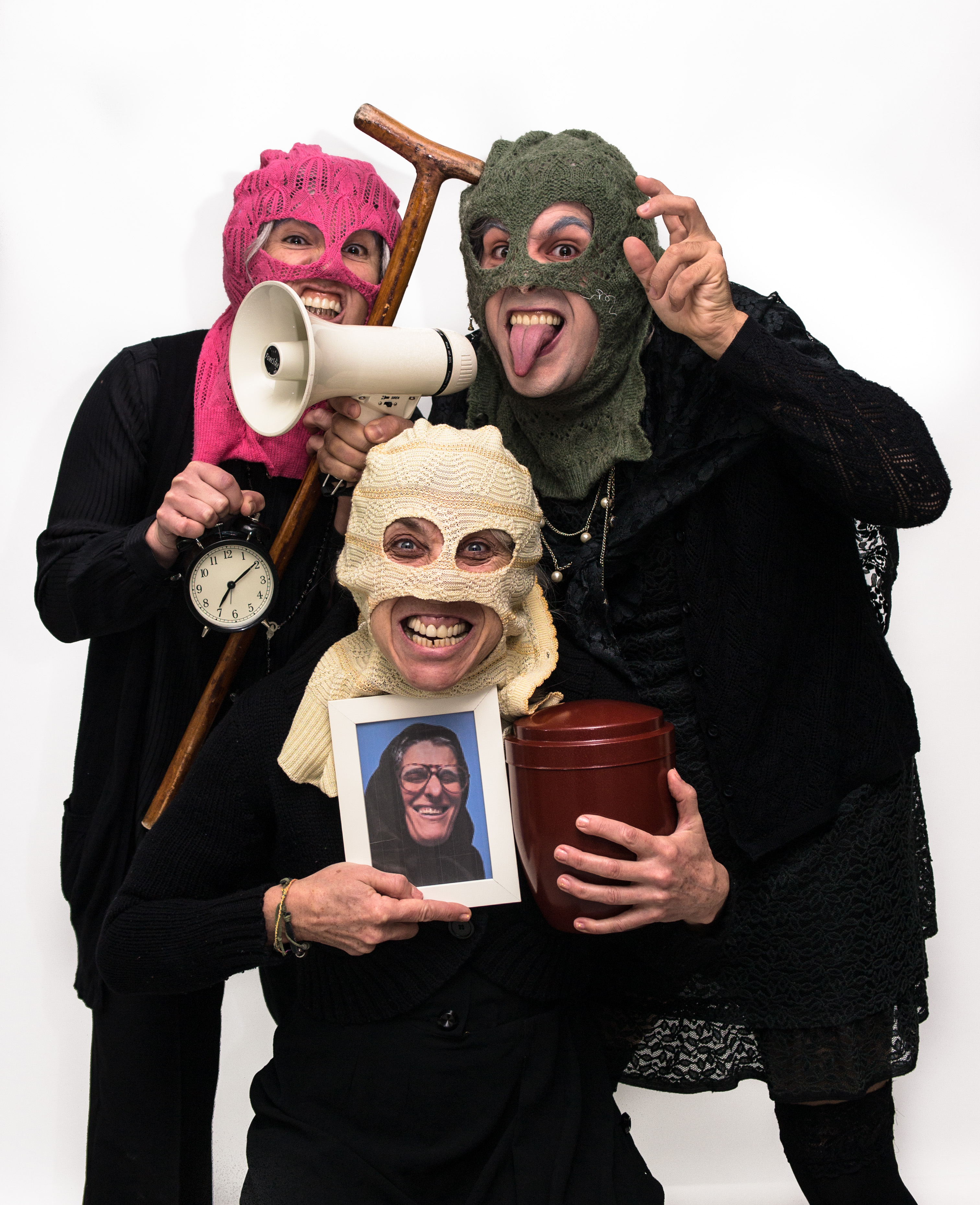 MAPAS 2019 bids farewell with a weekend full of music, dance and theatre. Twenty-two performances by artists from eleven different countries are closing the third “Mercado de las Artes Performativas del Atlántico Sur”. The showcases to be enjoyed this Saturday include Nemian Danza Escénica (México), at 5:00 pm at Sala Sinfónica in Auditorio de Tenerife; Vaca 35 Teatro en Grupo, at espacio singular, also in Auditorio, at 9:45 pm, and Colombian Ëda, who is giving a concert at 6:30 pm at Sala de Cámara.

Also on Saturday, MAPAS 2019 offers two very attractive performances. The bold and irreverent street show by Hortzmuga Teatroa, Femmes, at 7:00, in calle del Castillo (near plaza de la Candelaria) and a new collaboration of Colombian Crew Peligrosos and Smockey & The Agama Band (Burkina Faso), that is closing the night at 11:50 pm, with a joint performance of hip-hop and rap at Auditorio de Tenerife’s Sala Sinfónica.

The theatre programme starts at La Granja Espacio de Creación with a fiction and non-fiction play that places the audience at an emotional and intellectual point prior to the outbreak of revolution. Before the Revolution is a show by Egyptians Temple Independent Theatre Company. At 9:45 pm, Uruguayan Kashmir Productora invites us to go across artistic and political boundaries with their piece Dados tirados, an innovative stage reflection on rock.

At 5:40 Teatro Guimerá is hosting Proyecto Fausto, by Delirium Teatro. With a committed and reflexive text, the play focuses on “the other victims” of the disappearance of the fishing boat “Fausto” between the islands of El Hierro and La Palma in 1968, that is, the families of the three fishermen and the passenger who were on board. This show is followed at 11:15 pm by Compagnie La Chouette Blanche, from Algiers, which tells a story full of female voices: Amer, a journey across memory performed by one single actress.

Micomicón Teatro is the company in charge of performing Una humilde propuesta [A Modest Proposal] at 8:15 pm at IES Alcalde Bernabé Rodríguez. The show brings to the present the satirical essay by Jonathan Swift, a monologue that seeks to stir the viewers through humour and social criticism.

As for dance, the Saturday programme features a wide range of styles and themes. At Sala Castillo in Auditorio de Tenerife you can see What about Dante de Mounir Saeed/Cramp Group (Egypt) and Fatou t’as tout fait, by Fatoumata Bagayoko – Cie Jiriladon (Mali). Sala Sinfónica is the stage for the presentation of La caída al vacío, [Falling into the void] by Mexican company Nemian Danza Escénica and in Plaza Castillo Lava is putting on Paloma Hurtado’s 15º al Oeste.

The music at MAPAS 2019 starts at 5:40 pm at Auditorio de Tenerife’s Sala de Cámara, where Lívia Nestrovski & Fred Ferreira are performing Dúo, a subtle experimental proposal with voice and guitar. At 7:20 pm, Tenerife trumpetist Natanael Ramos will present his album Islander´s Dilemma and at 8:05 pm the Mexicans La Garfield will take over Plaza Castillo with Todo lo rico. They have published three records in which they display their convincing, fresh and personal sound.

Barreiro Project (the Canaries) will then take the stage at Plaza Castillo with Good Vibes, a mixture of styles that will bring to the audience an ocean of original sounds reminiscent of  jazz, black music, hip-hop, soul and R&B. After them, at about 9:45 pm, the square will welcome Tunisian composer King Abid, who is presenting a new work recorded at Studio 12. It is a mixture of pop with a Tunisian touch plus rap and reggae for festive times.

From Burkina Faso, Smockey & the Agama Band are bringing their latest album Prévolution to Sala Sinfónica, a synthesis of three concepts: premonition, revolution and evolution. The band who plays Afro rap live with politically and socially committed lyrics is performing at 10:30 pm. After them it’s the turn for the Colombian Crew Peligrosos with their show Marcapasos.

Once the showcases are over at 12 midnight, MAPAS 2019 is giving a closing party at the foyer of Auditorio de Tenerife, featuring DJ Kali, who will bring a stimulating and intense journey across the dance sounds and rhythm of the world. Admission to these parties is also free.

On Sunday, the last day, Danza en Comunidad will have the chance to showcase their work. This is an Auditorio de Tenerife social project and they are sharing with the public their piece Adosados in Plaza Castillo, at 11:15 am. Humour, brought in by comedian Yiyolo Strattro, will close the programme of MAPAS 2019 on the same stage. The Comedy Show, suitable for all ages, is a unique chance to enjoy the magic of clowns.

The performances and showcases are available on the website and on the free app that can be downloaded for IOS and Android mobiles. You can see all the information on MAPAS shows and talks and get all the news relevant to the audience and the Market participants.

MAPAS is organised by the Cabildo de Tenerife, Circulart and unahoramenos, with the sponsorship of the Government of the Canary Islands, Santa Cruz de Tenerife City Council and the INAEM, in addition to the support of Acción Cultural Española (AC/E) through their Programa para la Internacionalización de la Cultura Española (PICE) in the section Visitantes, which fosters the participation in the Market of ten performing arts professionals from Africa and Latin America. Other collaborators include Casa África, Secretaría General Iberoamericana, Fundación SGAE, Iberia and Hyundai, among other public and private institutions.