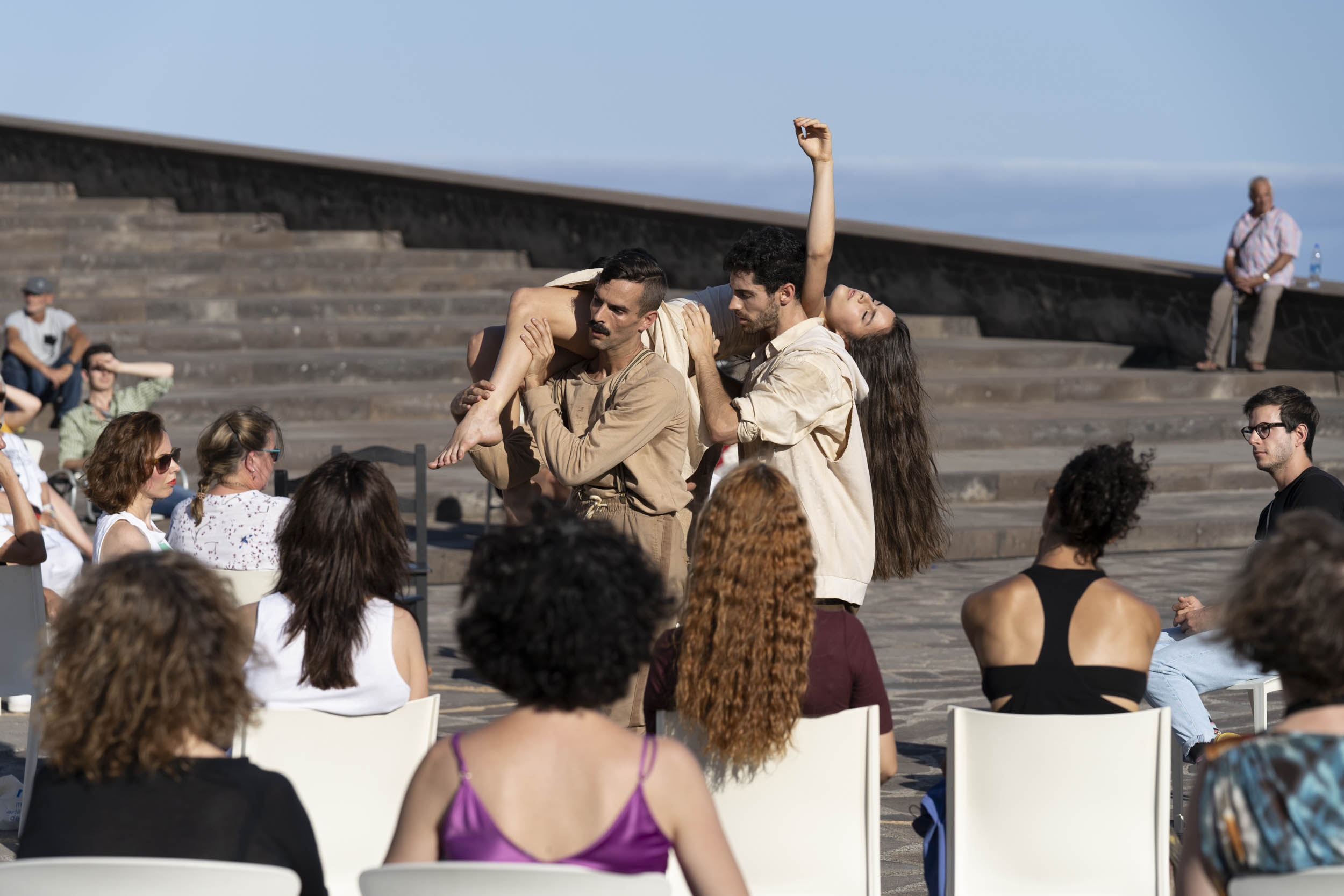 The dance company Lava has been chosen to perform on the second Noche del Patrimonio en Córdoba [Cordoba Heritage Evening] on Saturday, the 21st at 9:25 pm. Admission to the event is free. The group resident at Auditorio de Tenerife will dance the piece 15 Grados al Oeste, [15 Degrees West] by the choreographer and Tenerife-resident Paloma Hurtado. The show is taking place at the picturesque Sala Orive, a multi-purpose cultural space whose walls are part of a 16th century convent.

On Saturday, the 15 Spanish cities that have been designated World Heritage by UNESCO will celebrate simultaneously the Second Heritage Evening. The event is divided in three main sections:  Escena Patrimonio [Heritage Scene], in which dance has the lead in all its forms and ages; Abierto Patrimonio [Open Heritage], open days at different monuments; Vive Patrimonio [Experience Heritage], a wide offer of cultural and leisure activities at the historical centres of these cities.

The piece includes dancers Javier Arozena, Virginia Martín Mateos, Emiliana Battista Marino, Alicia Pirez and Luis Agorreta. This is the only piece scheduled in the Escena Patrimonio de Córdoba section. It tells the story of many journeys, many people through a tour of the body’s memory, of the abyss of sensations.

Lava is made up by six dancers who have a strong stage presence, are technically sound and most versatile. They bring to life creations whose common point is the contemporaneity of the dance language and other codes of the current artistic discourse. Its artistic director is Tenerife-born Daniel Abreu, winner of Premio Nacional de Danza 2014.

Lava’s next engagement are on 23 October in Bremen at the 2019 Baila España Festival with the pieces Bending the Walls and Beyond, invited by the city’s Instituto Cervantes; on 22 November at Teatro del Museo Universidad de Navarra with the same double bill; on 1 December, with the new creation by choreographers Israeli Roy Assaf and Korean Dong Kyu Kim, at the Festival de Artes Escénicas Telón Tenerife; and on 4 and 5 December with the same pieces they have just premiered in Las Palmas de Gran Canaria.