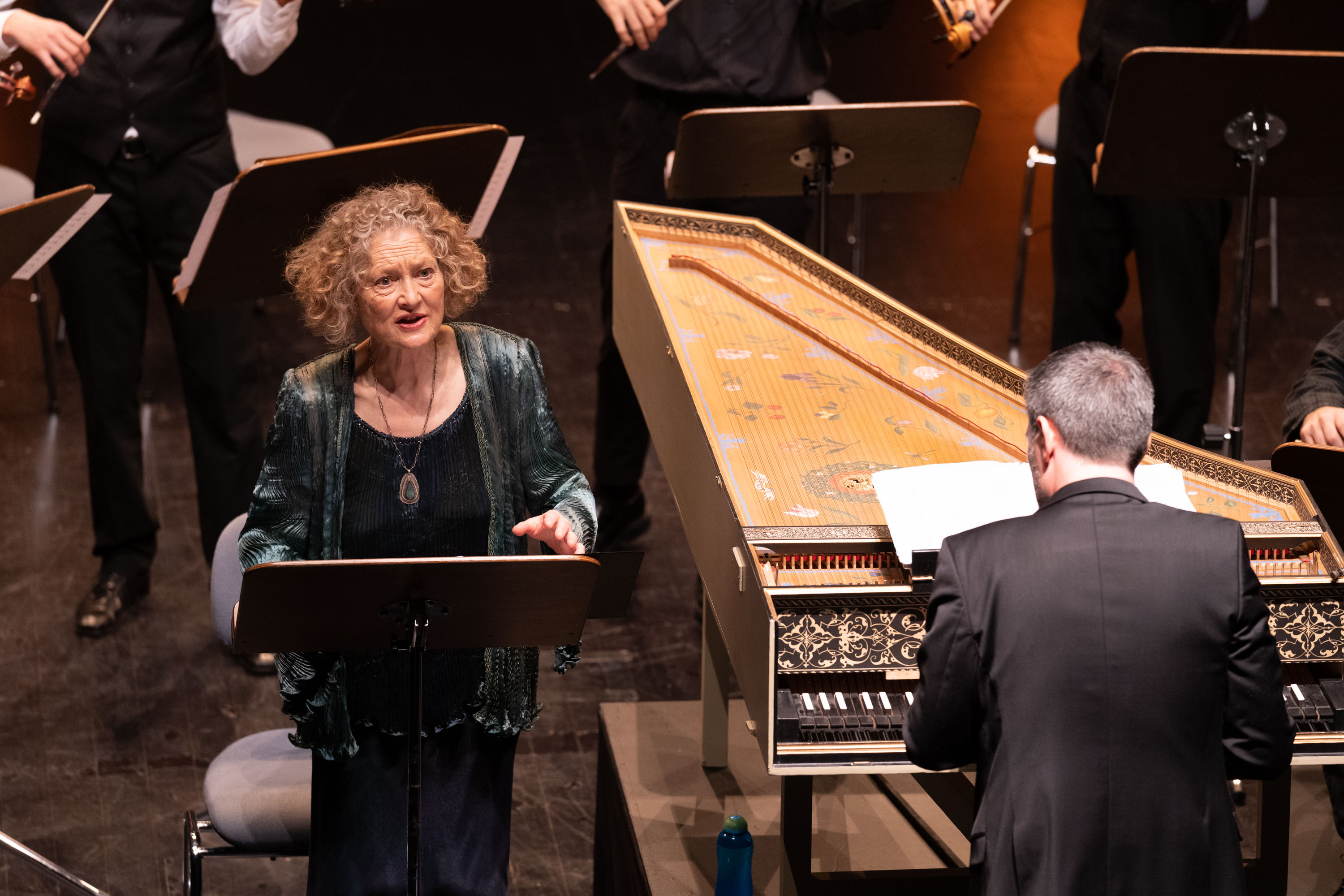 The ensemble resident at Auditorio de Tenerife will play the German Baroque music repertoire they premiered on Thursday, the 12th at the Sala de Cámara of this Cabildo’s cultural venue.  The event was attended by 300 people and it featured Zaragoza-born Alfonso Sebastián as harpsichord and guest conductor in addition to the voice of the prestigious British soprano Dame Emma Kirkby, (DBE).

The Barroca is performing works of the vocal catalogue of the so-called German Baroque music. The best biblical, religious or spiritual texts were used to create the corpus of cantatas and oratorios exalting the Joyful episodes, extoling the Glorious and acclaiming the Painful.  They are each a case of high creative sharpness as you will listen for yourself in this selection.

The Cantata is one of the best representatives of the sound laboratory of the Baroque. As opposed to the Sonata, whose instrumental flow is full of tonal arguments and skilful discourse -especially in the violin scales- the Cantata developed, in all the possible vocal tessituras and with the help of colourist accompaniment, a new way of understanding texts and poetry, which was unheard of in the History of Music.

At the same time as Opera and Oratorio, from its very beginnings in the 17th century, it gradually enriched the repertoire across Europe, until it reached its height in the early 18th century, reaching the late Baroque with the beautiful and bold compositions of D. Buxthuede, G. P. Telemann and J.S. Bach. The artistic director of the ensemble, Conrado Álvarez, revealed that “the Orquesta Barroca de Tenerife has programmed examples of these skills to celebrate Christmas”. In addition to vocal skills, this programme also includes instrumental practice of Rosenmüller’s, Muffat’s and J.C.F. Fischer’s workshop.