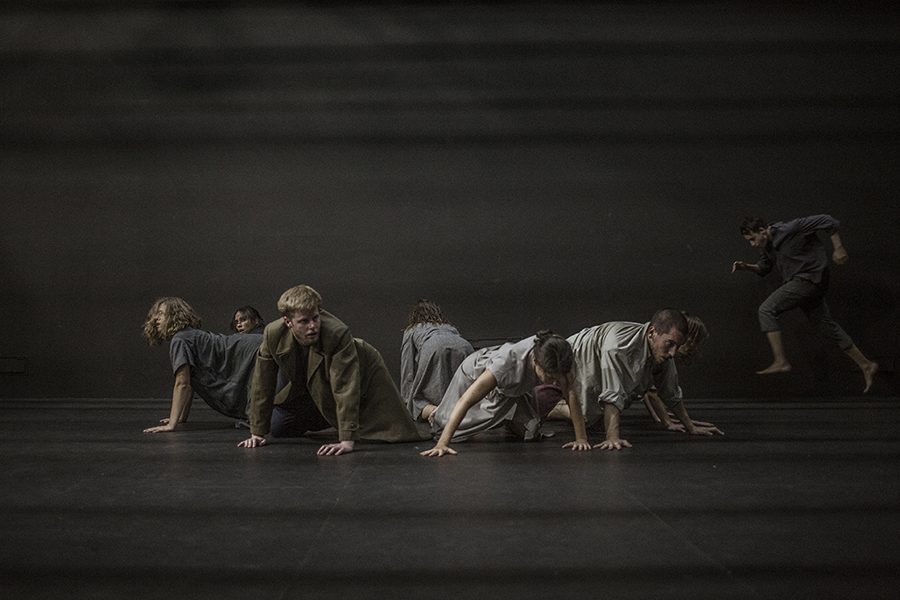 The show by La Phármaco and the Centro Drámatico Nacional, is performed on Thursday and it is based on the life of María Teresa León

Auditorio de Tenerife, a cultural venue under the Cabildo de Tenerife’s Department of Culture run by councillor Enrique Arriaga, is putting on Una gran emoción política at Sala Sinfónica on Thursday, the 15th at 8:30 pm. The show is by La Phármaco, coproduced with the Centro Dramático Nacional and is part of the 2021 FAM Special.  Tickets cost 8 euros and can be bought up to two hours before the show begins.

Luz Arcas, Málaga dancer and choreographer and founder of La Phármaco, has penned this work that is inspired by María Teresa León’s autobiography Memoria de la melancolía, that deals with the decisive years of our recent history, the time of the Civil War and exile: years marked by political fervour, the myth of the Revolution and the belief in utopias.

Rather than having historicist aspirations the show aims at revealing the archetypal and universal qualities of those events with the company trying to portray the political emotion that drives a people to believe in their right to intervene in the history of their country, as if the future belonged to them. In Luz Arcas’s view, this is about “the emotion that the disasters of the 20th century -the wars, totalitarian regimes and their consequences- have undermined”.

Dance and physical activity, the songs and breathing, the author’s original texts and original music performed live and inspired by European popular themes evoke María Teresa’s memories: fundamental episodes of her life, like saving the Museo del Prado, the activities in the trenches of the Teatro de Guerrillas, political and social events like the participation of women in the war and key concepts such as the mass or the collective body, exile and memory.

Through her memories, La Phármaco does not intend to dance María Teresa León’s life but her view of the world that was marked by an unrelenting empathy with the disadvantaged classes full of contradictions, and her failed dream of the triumph of a Republican and Communist Spain. From exile, María Teresa hoped to return one day to a country free of Franco’s dictatorship. When she finally returned in 1977, Alzheimer’s disease prevented her from realising where she was.

On Saturday, 17 October FAM open-air performances start every half hour from 5:30 pm. The shows included areExpectations will not kill you, by OSA+MUJIKA; Idi-Begi, by Proyecto Larrua; Colectivo Glovo’s Mapa; Kintsugi, by Iron Skulls Co, and Young Blood, by Arnau Pérez. More information and tickets are available on www.famtenerife.com.

The Government of the Canary Islands’ Espacio La Granja collaborates with FAM  by housing some residencies and performances, plus the Spanish Theatre Network’s Danza a Escena scheme, and of the Circuito Acieloabierto of the street and unusual places dance network, both under the Spanish Ministry of Culture’s INAEM. The festival has the European Union EFFE label, (Europe for Festivals, Festivals for Europe) a quality mark that is granted to festivals with an artistic mission, commitment to local communities and strategic vision at European level.

Audience members are kindly asked to come to Auditorio early enough to enter the theatre gradually. On buying the tickets, users accept the measures implemented at this Cabildo cultural centre to tackle COVID-19, such as wearing a face mask or coming only with people you live with. The full measures and the AENOR-certified contingency plan are available on Auditorio’s website.