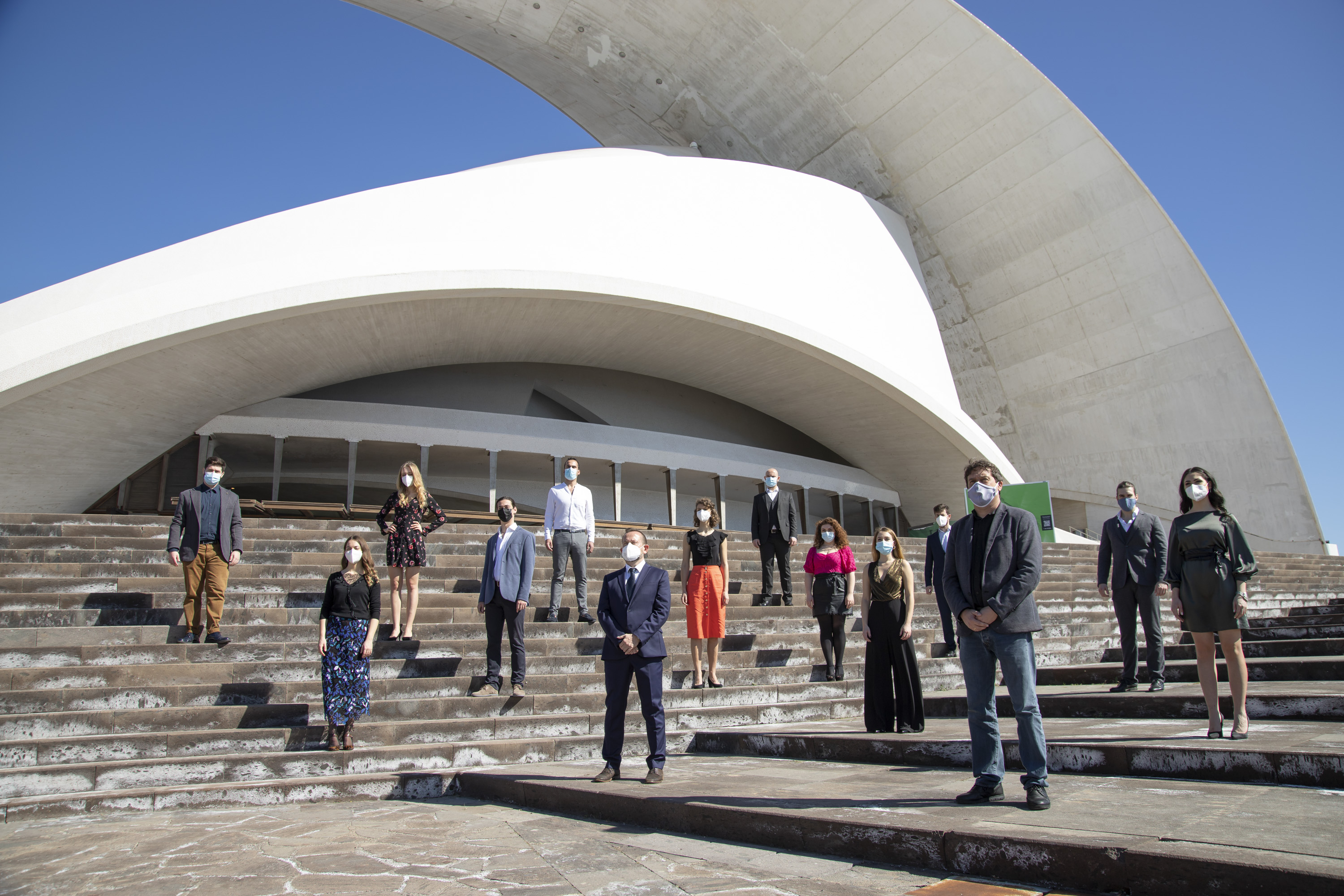 The twelve singers, who are starting their specialised training, were welcomed by the island´s director of Culture, Alejandro Krawietz

The eighth edition of Opera (e)Studio got underway today at Auditorio de Tenerife. During the launch event, the twelve singers who are starring in this year´s edition for specialised training, were welcomed by the island´s director of Culture for the Council of Tenerife, Alejandro Krawietz; the artistic director of the Auditorium, José Luis Rivero, and the director of Opera (e)Studio, Giulio Zappa.

Krawietz welcomed the singers to the island and explained to them that “Opera (e)Studio is an extremely important project for the Council of Tenerife. I imagine it is for you too”. He hoped they would remember this experience “as an interesting stage of their professional trajectory” and that over these two months they would also “find time to enjoy the island”.

José Luis Rivero pointed out that “we are really delighted to be staging Il matrimonio segreto at such a difficult time; it is a great responsibility for everyone. You have been selected from among many hopefuls and that is why I am congratulating you; I wish you lots of luck and lots of work”.

Giulio Zappa, director of Opera (e)Studio, reviewed the working process that the singers will undertake during their stay and emphasised the difficult current circumstances. He asked the singers to “strictly adhere to the safety protocols". “From today, we begin working and I am completely at your disposal”.

The young people, chosen from 195 hopefuls, will spend two months of intensive training on the island, during which they will receive classes from professionals in the sector to prepare their roles in the opera Il matrimonio segreto, a co-production by Auditorio de Tenerife, Teatro Regio di Parma and Teatro Massimo di Palermo.

The singers, who are aged between 22 and 31, will form two casts each comprised of six roles, of Il matrimonio segreto, by Domenico Cimarosa. From 18th to 21st March, this opera will première at the Auditorium´s Symphony Hall in four performances.

Both basses Ignas Melnikas, Lithuanian, and Francesco Leone, Italian, will play Geronimo. Both Italian sopranos Eleonara Nota and Marilena Ruta will play the role of Elisetta. Both sopranos, Giulia Mazzola, Italian, and Veronika Seghers, German, will be Carolina. Fidalma will be played by both mezzo-sopranos Mara Gaudenzi, Italian, and Claire Gascoin, French. The Spaniard Jan Antem and the Chilean Ramiro Maturana have been chosen for the role of Conte Robinson, baritones, while both tenors Bekir Serbest, Turkish, and Antonio Mandrillo, Italian, will play the role of Paolino.

The musical direction of this artistic proposal is provided by Davide Levi, in charge of the OST (Tenerife Symphony Orchestra) and Roberto Catalano is responsible for stage management. The rest of the team is completed by the set designer Emanuele Sinisi, the costume designer Ilaria Ariemme and the lighting designer Fiammetta Baldiserri.

This programme for young artists is aimed at offering highly specialised training on the international lyrical scene, and acts as a showcase and springboard for many of them. Opera (e)Studio also provides visibility for the technical production work of Auditorio de Tenerife. The Auditorium obtained in 2019 and 2020 the recognition of the Creative Europe programme of the European Commission, which reflects development, sustainability, job creation and training.