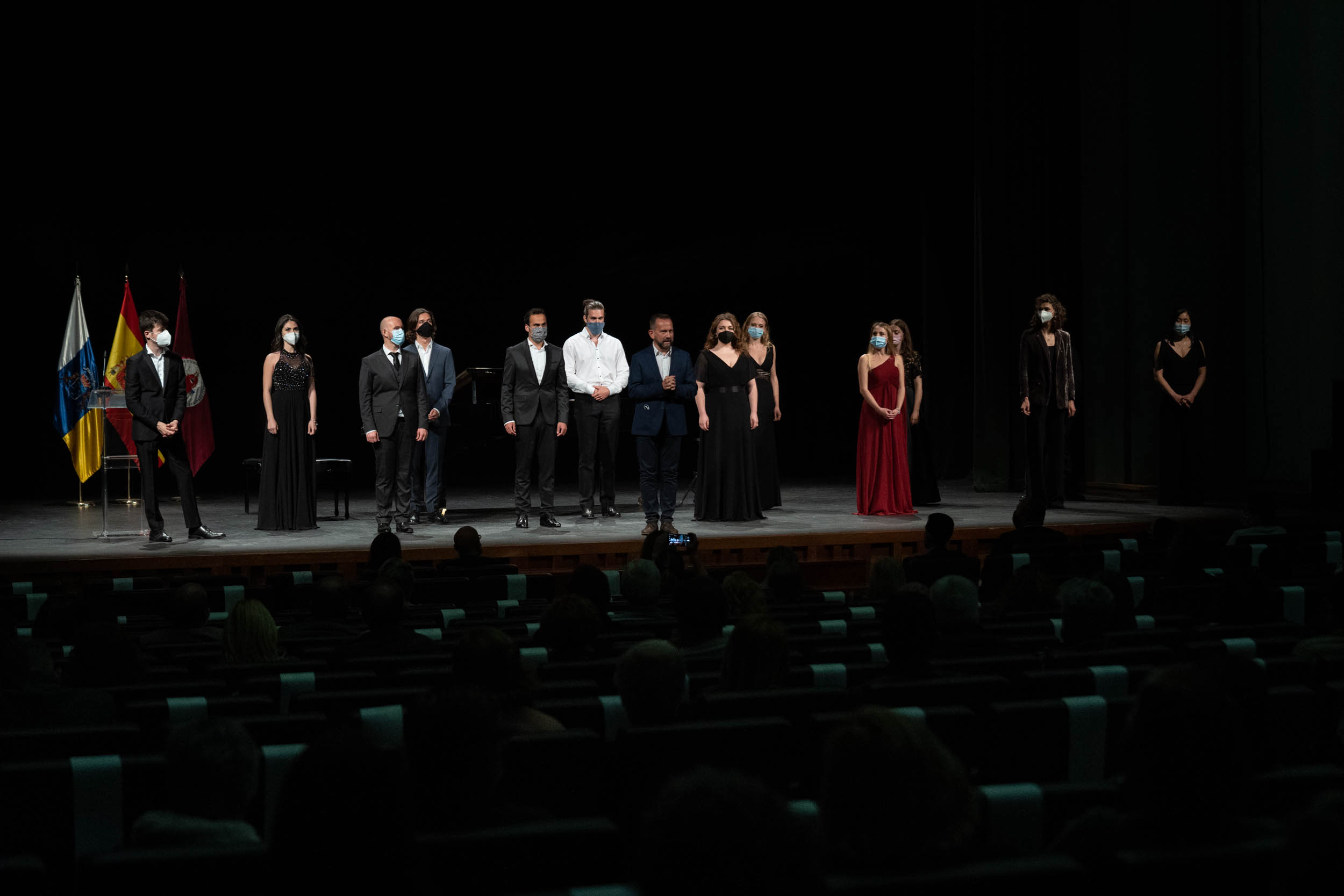 The concert starts at 7:00 pm at Escuela Municipal de Música (Municipal Music School) and tickets are sold out

The singers that comprise the eighth edition of Opera (e)Studio will offer tomorrow [Thursday 25] a lyrical recital at Escuela Municipal de Música (Municipal Music School), that starts at 7:00 pm. Tickets are sold out. This will be the second performance of the twelve artists, after the premiere they had yesterday [Tuesday 23] at the venue Paraninfo of the University of La Laguna (ULL). The concert was attended, among others, by Enrique Arriaga, Councillor for Culture of Tenerife Island Council; Juan Albino Méndez, Vice-Rector for Culture, and Alejandro Krawietz, Island Director of Culture.

All twelve singers are currently members of this training programme's edition aimed at artists for their comprehensive music enhancement. The training programme is organised by the Department of Culture of Tenerife Island Council through Opera Tenerife. The singers will offer again in Adeje a journey through popular fragments by different composers. The pieces were presented by Giulio Zappa, the academy director.

Arriaga was satisfied with the show. "Considering the audience's response, I think it has been shown that the recital has been well received during this first chance to listen to the international singers, who are being trained on our island" declares the councillor of Culture, who is convinced that the singers will repeat their success in Adeje. He is also confident that there will be a good response to the four performances of Il matrimonio segreto the opera that these artists will offer from the 18th to the 21st of March.

For his part, Alejandro Krawietz highlighted the collaboration with the University of La Laguna: “We always find help every time we come to these facilities. This recital has become a classic in its season. Moreover, there has been an excellent response from the public who, in these difficult times, continue to demand cultural offerings."

The Vice-Rector for Culture thanked Auditorio de Tenerife for "once again having chosen the venue Paraninfo to host the presentation of these young opera singers on the island" and was very happy with the quality of the show.

The Adeje lyrical recital will consist of thirteen pieces, three of them by Rossini, corresponding to his operas Il barbiere de Siviglia, La cambiale di matrimonio and La Cenerentola; two by Puccini (Edgar and La Rondine); one by Donizetti (Don Pasquale), one by Monteverdi (L’incoronazione di Poppea), one by Bizet (Les pêcheurs de perles), one by Rachmaninov (Aleko) and four by Cimarosa, from the opera Il matrimonio segreto that will be performed from the 18th to the 21st of March at the Symphonic Hall of Auditorio de Tenerife.

The project Opera (e)Studio started in 2013 in parallel with the opera season offered by Opera Tenerife. 1,099 singers have participated during the auditions that have been held over the last eight years, of which 87 singers from 23 countries have been chosen for the training.  Opera (e)Studio is an education academy aimed at artists for their comprehensive music enhancement. It also aims to support and promote young singers in order to provide them adequate job prospects. In fact, many of the singers who have taken part in this project currently enjoy consolidated professional careers.