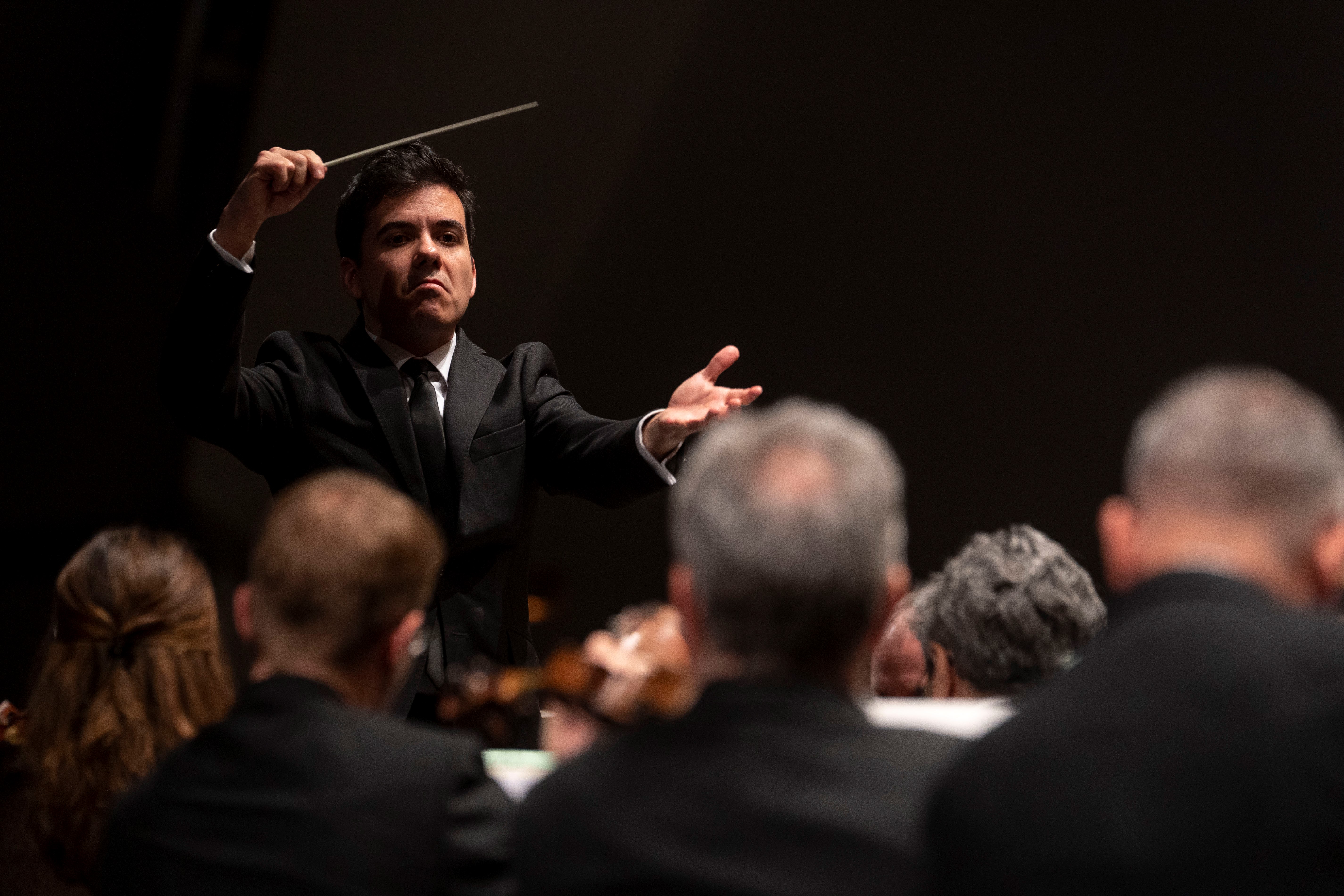 The American violinist Stefan Jackiw makes his debut with the Symphony Orchestra of Tenerife this Friday at a sold-out concert.

The Auditorio de Tenerife is a cultural space linked to the Department of Culture of Tenerife Island Council that is managed by the councillor of Culture Enrique Arriaga. On Friday the 9th of April at 7:30 pm, the Auditorium will host the 10th concert of the season 2020-2021, which is sold out. Nuno Coelho will conduct the orchestra with violinist Stefan Jackiw as a guest soloist during his debut with the Symphony Orchestra of Tenerife. The violinist will play with them the Concerto for Violin and Orchestra in D major, op. 61 by Ludwig Van Beethoven. The programme also includes Symphony No. 1 in C minor, op. 68 by Johannes Brahms.

In 1806, Ludwig Van Beethoven premièred the Concerto for Violin and Orchestra in D major, op. 61, work that had not been performed again until almost 50 years later. After its disappointing première, Joseph Joachim revived the concerto with Felix Mendelssohn at the baton. The entire score is characterised by profuse and intricate musical fragments that demand the violinist to play very skillfully.

On the other hand, it took Johannes Brahms 20 years to première his Symphony No. 1 in C minor, op. 68, among other reasons, because Beethoven's Ninth impressively impacted composers of the time. In 1876 he presented this work that starts vigorously with the kettledrums marking the initial tempo. During the concert, woodwind and string instruments interact constantly, and together with the horns, they configure a theme and a hopeful message.

Nuno Coelho made his debut at the helm of the Symphony Orchestra of Tenerife in March 2019. He now returns to conduct the OST at the Auditorio de Tenerife. The Portuguese maestro studied violin in Klagenfurt and Brussels; he also studied at the Zurich University of Arts with Johannes Schlaefli. Coelho won the First Prize of the Portuguese Radio Competition and was a finalist in the Nestlé Festival Young Conductors Competition and in the Salzburg Young Conductors Competition.

In 2014 he received a grant from the Calouste Gulbenkian Foundation; in 2015 he joined the Dirigentenforum programme organised by the Deutscher Musikrat (German Music Council) which subsequently named him one of their “Conductors of Tomorrow”. In 2017, he won the First Prize at the Cadaqués International Conducting Competition.

Apart from the Symphony Orchestra of Tenerife, during the last seasons, he has conducted Symphonieorchester des Bayerischen Rundfunks, BBC Philharmonic, Ulster Orchestra, Orchestra del Teatro Regio Torino, Hamburger Symphoniker, Beethoven Orchester Bonn and Royal Liverpool Philharmonic, among others. He has also conducted on numerous occasions the programme of Los Angeles Philharmonic as a "Dudamel Fellow", including a world premiere as part of their “Green Umbrella” new music series.

The American violinist Stefan Jackiw started his musical training when he was 4 years old. In 2002 he won the prestigious Avery Fisher Career Grant. His technique has been acclaimed by international critics for his excellent purity of sound and flawless playing.

In the US, Jackiw has performed solo concerts with the Boston, Chicago, Cleveland and New York Philharmonic orchestras; he has earned the recognition and trust of numerous conductors such as Andris Nelsons, Yannick Nézet-Séguin, Sir Andrew Davis, Juraj Valčuha, Yuri Temirkanov and Ludovic Morlot, among others.

The audience is requested to arrive at the venue well in advance to enter the auditorium in staggered "waves” and enjoy this cultural experience. By purchasing tickets, you accept the measures implemented by the cultural centre to combat COVID-19, such as the correct use of masks and your attendance at the event only with people you live with. All of the measures, as well as the contingency plan certified by AENOR, can be consulted on the Auditorium’s website.