The Auditorio de Tenerife programmes a concert with the music bands of San Miguel, Santa Cruz and Candelaria 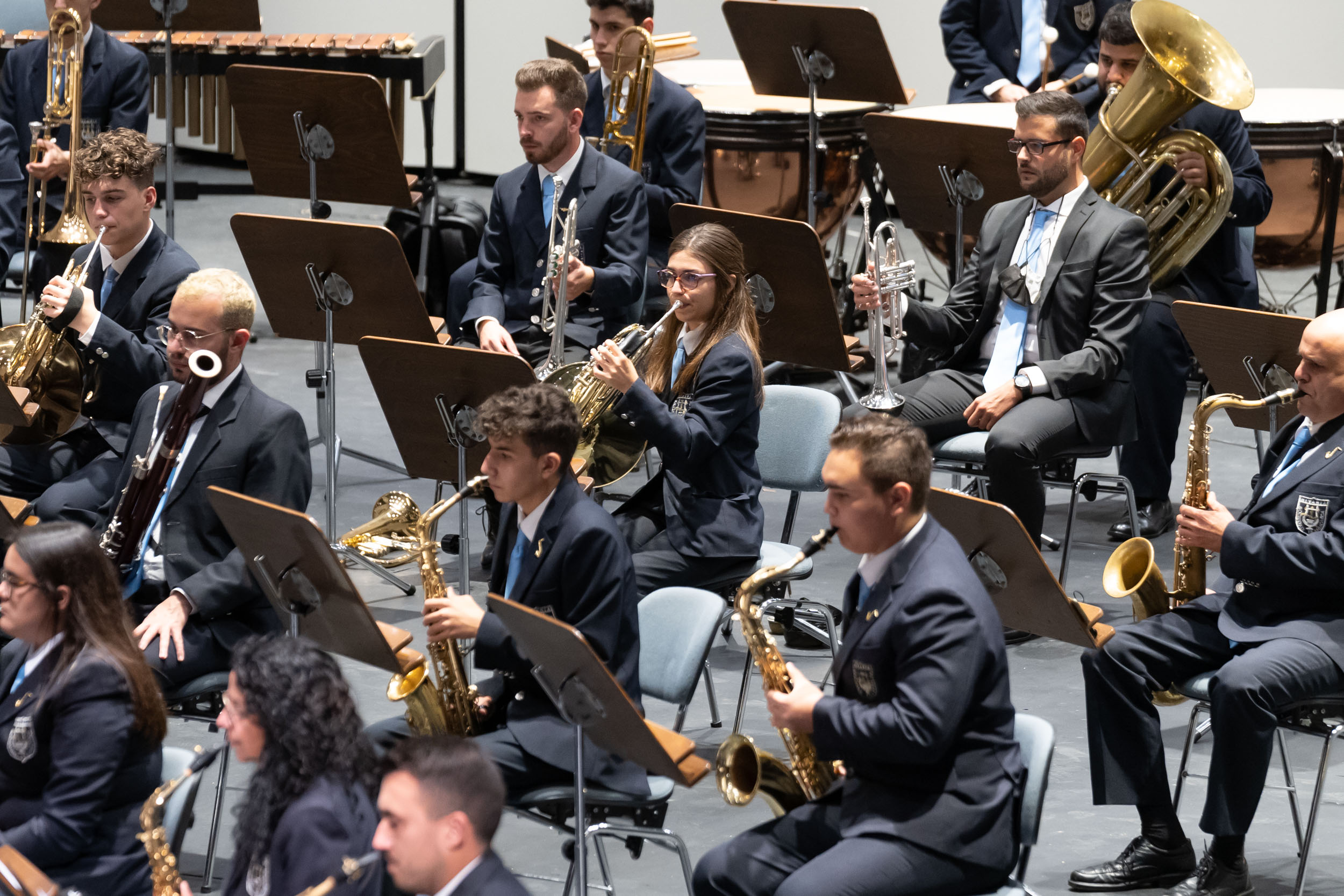 The three ensembles will play during this Sunday's concert, which is part of the musical cycle 'Primavera Musical'

The Auditorio de Tenerife is a cultural space linked to the Department of Culture of Tenerife Island Council that is managed by the islands’ Minister of Culture Enrique Arriaga. On Sunday 23rd of May from 11:30 am on, the venue offers a concert which is part of the cycle ‘Primavera Musical’. The tickets are sold out. On this new occasion, the Auditorium's Chamber Hall will receive the music bands of San Miguel, ‘Unión y Amistad’ (Santa Cruz) and ‘Nueva Banda’ from Igueste de Candelaria.

The concert starts with the ensemble San Miguel under the direction of José Carlos Fariña. The band will play four pieces of its repertoire: Alpenfest Marsch, by Robert Allmend; ‘Hallelujah’, by Leonard Cohen and arranged by Frank Bernaerts; ‘Coldplay on stage’, by Coldplay and arranged by Michael Brown, to finish with ‘Can`t take my eyes off you’, by Bob Crewe and Bob Gaudio.

The ensemble ‘Nueva Banda’ from Igueste de Candelaria attends on that date at the Auditorio de Tenerife under the direction of Luis Porfirio Torres to play ‘Nuyorican Son’, by Bobby Sanabria; Café sin leche, by Claudio Roditi & Karl Watson, and ‘Unity Jam’, by Tony Succar.

The musical cycle 'Primavera Musical' was created in 2005 as an initiative by the federation 'Federación Tinerfeña de Bandas de Música' and with the permanent collaboration of Tenerife Island Council. A total of 35 ensembles will play at the Auditorium during this new edition. With the three bands scheduled for this Sunday’s concert, some twenty-six groups will have played at the Cabildo's cultural venue. The remaining 9 bands will continue offering concerts on 30 May, on 12 June (Symphonic Hall) to conclude on 13 June. On that last day, a morning session will be featured in the Chamber Hall and an afternoon concert will be given in the Symphony Hall. Performances in the Chamber Hall will take place at 11:30 a.m. and those in the Symphony Hall will begin at 6:00 p.m.

By purchasing tickets, you accept the measures implemented by the cultural centre to combat the pandemic, such as the correct use of masks and attendance at the event only with people you live with. All of the measures, as well as the contingency plan certified by AENOR, can be consulted on the Auditorium’s website.