The show ‘Kenophobia’, by the company Osa + Mujica, wraps up the Arts and Movement Festival 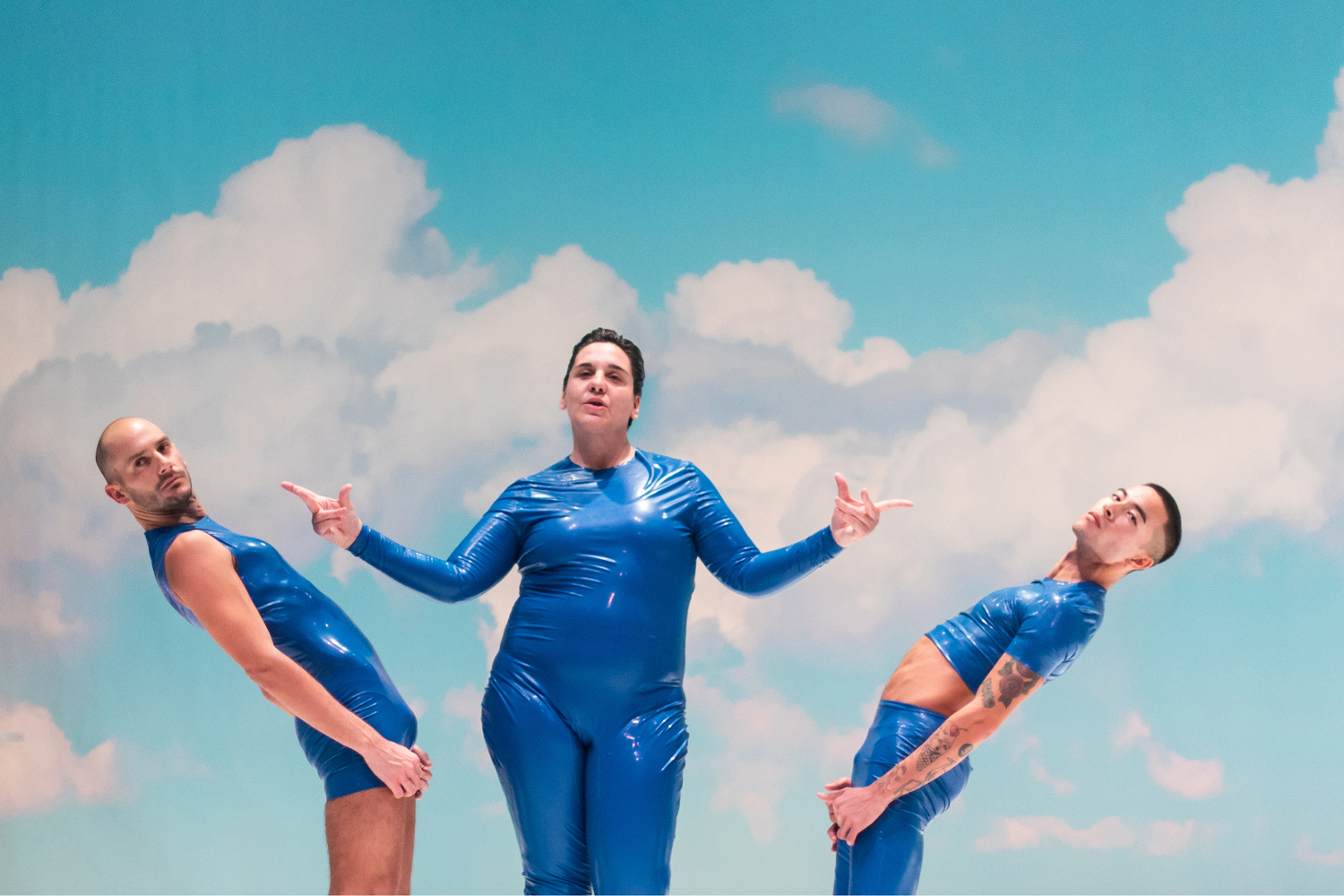 FAM offers during the last-day wide participation from the Canary Islands. Daniel Abreu, who aspires to three Max Awards, stands out.

The show ‘Kenophobia’, by the company Osa + Mujica, wraps up the Arts and Movement Festival organised by the Auditorio de Tenerife, a cultural space linked to the Department of Culture of Tenerife Island Council that is managed by its Director of Culture, Enrique Arriaga. During the last day, wide participation from the Canary Island stands out with Natalia Medina, Javier Cuevas, Paula Quintana, Nómada and Daniel Abreu. Once more, Abreu was nominated for the Max Awards under three categories.

OSA + MUJIKA is comprised of three pieces that last fifty minutes; it is a colourful work, full of images, with a physical language, with dynamic and energetic movements. For those who suffer from kenophobia, empty spaces are terrifying. The play begins with a big party. By its end, the players start feeling lonely and afraid. In line with the company's work concept, special importance is given to the costumes, to the presentation in video and photography.

The tickets to see Natalia Medina's company and her family show Petitdanza are sold out. It takes place at Espacio La Granja from 10:30 am onward. This proposal invites you to take a journey through fantasy, where movement and expression come together to let your imagination fly.   This work is dynamic, joyful and vital. The bodies move to the rhythm of beautiful melodies that touch our hearts and take us to a state of peace and well-being.

Daniel Abreu won the National Dance Award in 2014. He participates in FAM 21 with his proposal 'El hijo' (The son). The Tenerife-born choreographer considers that this work has layers that move around a concept that captures his curiosity: “descendants”. 'El hijo' (The son) talks about our link with parents. The show can be seen in Teatro Guimerá at 12:00 noon, during which smoke and strobe effects are used. Abreu has been nominated to the Max Awards under three categories for this show: Best dance performance, best choreography and a best male dancer.

The joint proposal by Javier Cuevas and Paula Quintana titled 'Esto que tú ves' takes place outside the Auditorio de Tenerife from 6:30 pm onwards. The tickets are sold out. 'Esto que tú ves' is a dance piece for street and non-conventional spaces. It is about the poetic and cinematographic gaze, about the work and its frame, about the loving encounter between attention and life. It is like a journey to celebrate the human capacity to compose reality and to be moved by it.

Nómada company features again during this new FAM edition. This time it will be with 'El pastor' (The Minister). At 7:00 pm in the auditorium’s Chamber Hal, the choreographer and dancer Roberto Torres represents a religious, political or cattle mass guide. When people feel frightened, he manipulates them as a way to motivate the group.

Tickets are sold through the website www.famtenerife.com, where you can also find all the information about the shows. Each venue has implemented its own prevention measures against the pandemic, which can be consulted during the purchasing process.

FAM is sponsored by the INAEM (Spanish Ministry of Culture and Sports) and the programmes ‘Danza a Escena’, are sponsored by the organisations 'Red Española de Teatros' and 'Circuito Acieloabierto'. Likewise, the Canary Islands Governments collaborates by offering the venue Espacio La Granja; the Council of Santa Cruz de Tenerife by offering the theatre Teatro Guimerá and the University of La Laguna by offering the venue Paraninfo. The FAM festival has obtained the EFFE Seal (Europe for Festivals, Festivals for Europe) granted by the European Union. The EFFE Seal is a quality distinction awarded to festivals with an artistic mission, a commitment to local communities, and a strategic vision at the European level.