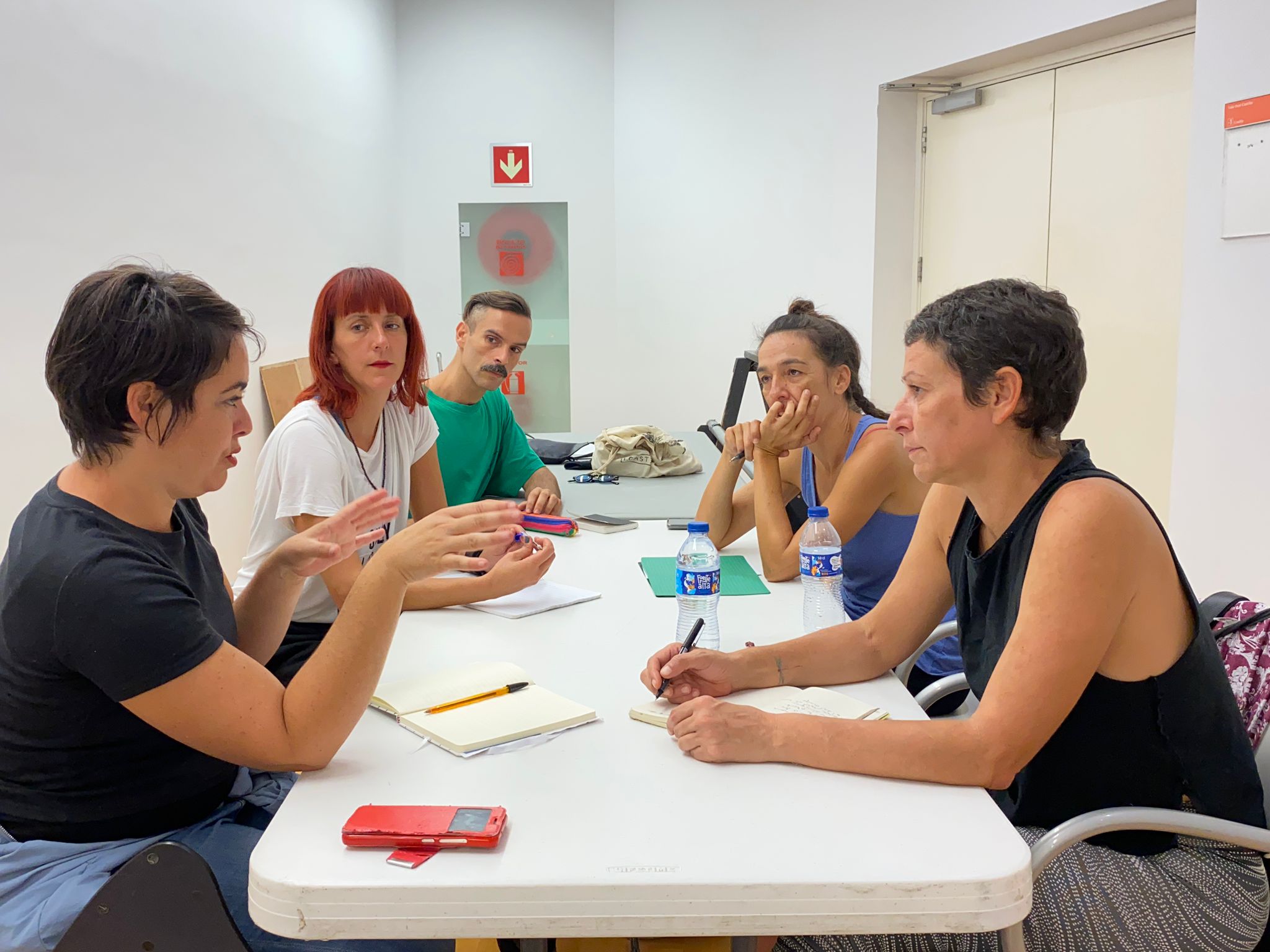 During the months of September, October and November 2021, the Auditorio de Tenerife welcomes the artist residency Sobre lo que no se ve (On what is not seen), a project by the dancer Masu Fajardo. The final exhibition will take place on Friday 3 December 2021 at 18:30.

It is an investigation into the body that is based on the experiencing action through sensations and their narration.

This piece arises after the project "Manual de coreografías" (Manual on choreography), presented at the Ateneo Cultural Centre of La Laguna and the old Convent of San Agustín (St. Augustine) as a textual exhibition.

On this occasion, the texts are acted upon by a series of collaborating artists, creating among all a single place for the reader/viewer’s imagination.

Hence, the idea of constructing a scene that can be heard and accessed by people with reduced sight and even the blind.

In this way, "On what is not seen" stems from previous work and aims to paradoxically explore what we see, what we remember, memory, and the present as a place to be accessed for the game of expanding our memories.

The performance work will be undertaken by three artists trained in post-dramatic dance or theatre.

Imagination as a way of building the world will be part of the show.

...An impregnable blind spot at the very centre of the field of vision; perhaps, even acting as sight's fastest organizing nucleus.

For that episteme, for that general program that regulates the conditions complex under which sight is produced –technical conditions, financial conditions, political conditions... but also, symbolic conditions, fiduciary conditions, conditions referring to the abstract beliefs and narratives that a community implicitly shares– seeing is a cognitively impaired, incomplete act that is not sufficiently undertaken in and of itself.

Masu Fajardo was born in Tenerife in 1978. She combined her studies of Art History with dance, ultimately opting for the latter. She continued her training in Barcelona, where she became a professional dancer and worked with different choreographers and companies. Starting with her solo Microficciones: cómo desaparecer en escena (Microfictions: How to disappear on stage), she embarked upon her own line of research on invisibility and intermediate spaces where sight is interrupted by the non-linear: an expanded time and a scene of a performing nature in terms of being a practice in continuous expansion.