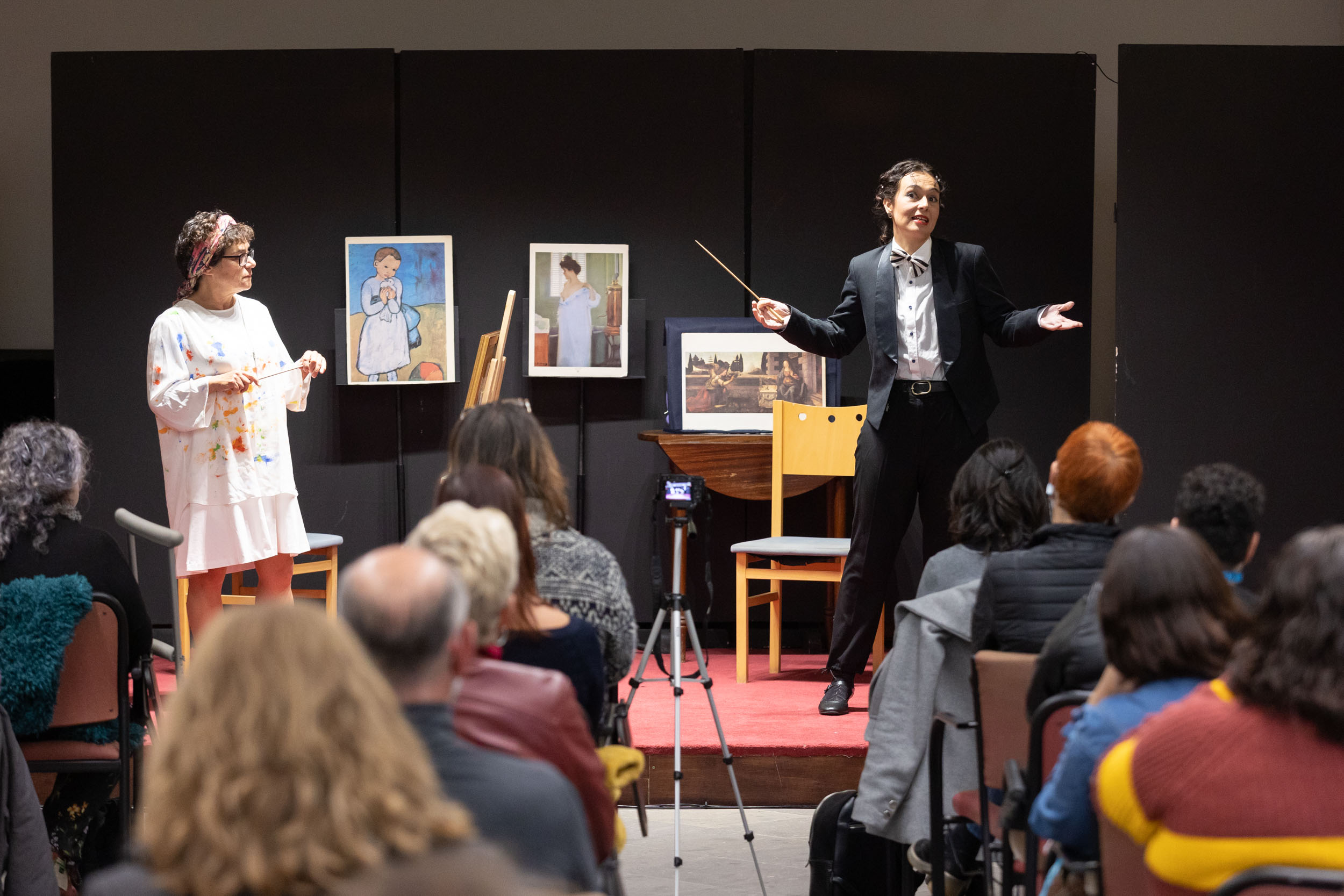 The Tenerife Auditorium's Amateur Theatre Programme is under the Island Council's Culture Area, an area that is directed by the island’s minister of culture Enrique Arriaga. Tomorrow it offers a new performance of Historias caóticas para cinco artistas desesperados. The Puro Teatro Association is performing this comedy recommended for an adult audience tomorrow (Tuesday 11) at the cultural centre Centro Ciudadano Barrio Nuevo of La Laguna Theatre at 8:00 p.m.

Historias caóticas para cinco artistas desesperados is made up of five small texts whose common theme is chaos. Each of the five stories is starred by two characters who in some way express their feelings at a specific moment in their lives. The actors that are part of the Association are Lidia Dorta, Jesús Patrón, Sonia Lutzardo, Glenda Suárez and Nuria Neida.

In the first of the stories in this theatrical piece, the two brothers find themselves in strange circumstances and realize that their lives have taken very different paths. In the second, a painter has been hiding a great secret from her husband, but he hides an even greater one. A comedian who gets entangled in a mess thanks to an admirer is the theme of the third story. In the fourth story, a husband disappears and forces his wife to turn to a professional to search for him. And, lastly, the fifth story features the appearance of a mother who causes tremendous upheaval in her unstable daughter's life.

The programme Teatro Aficionado (Amateur Theatre) is part of the Educational and Social Area of the Auditorio de Tenerife. This programme encourages interest in the hobby of theatre and the production of theatrical plays by the existing associations in Tenerife. It aims to stimulate matters such as communication, the exchange of ideas, and creativity amongst members who, in turn, belong to youth collectives, cultural collectives, women's collectives, and neighbourhood groups, among others.

Its main objectives are to promote a liking for theatre among different social and cultural groups, as well as to promote the general public's attendance to, and love of, theatrical plays; likewise, to contribute to enriching the technical/artistic quality of amateur theatre groups and to create different work groups.