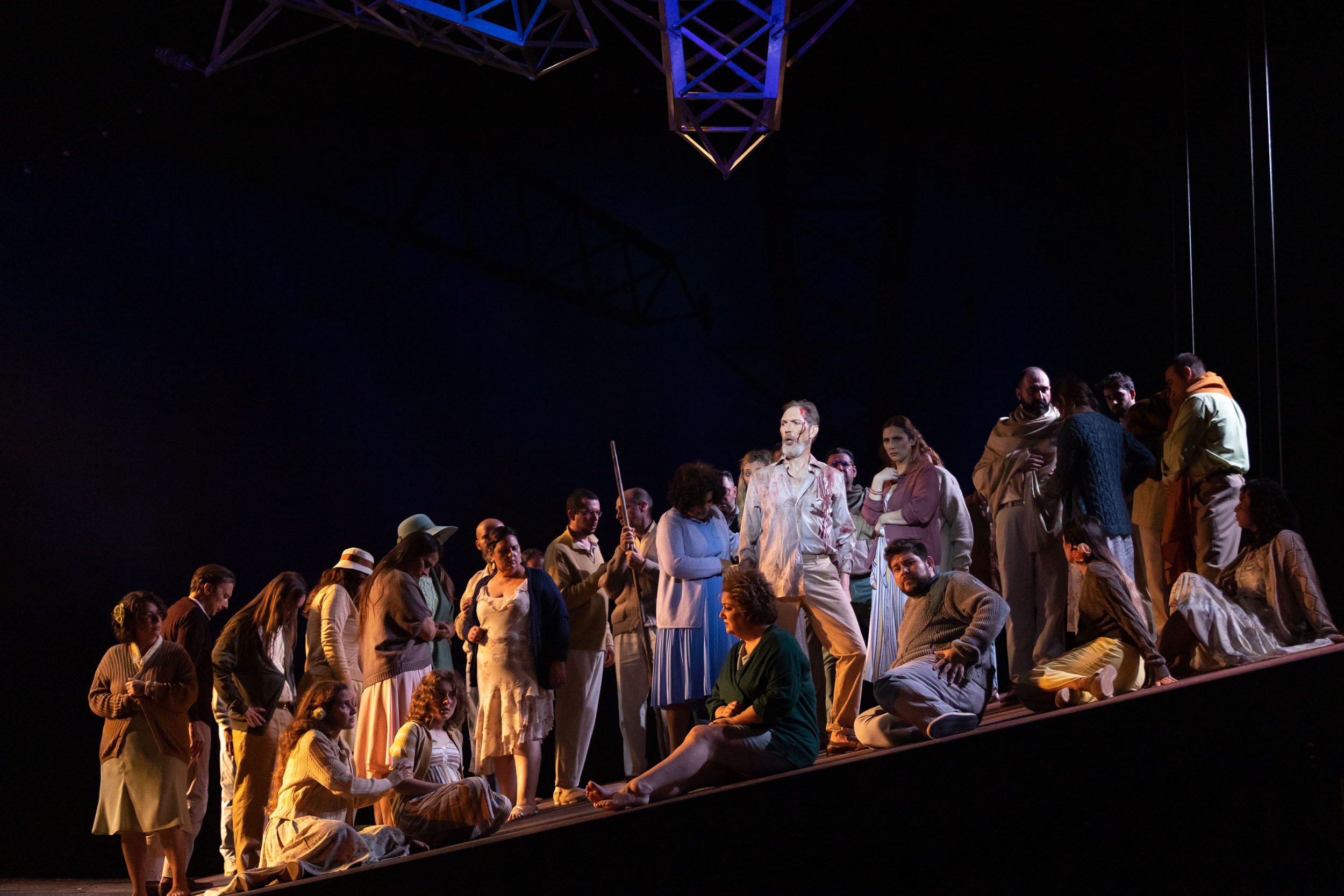 Lope de Vega's play is presented as a total show with orchestral music including funk, hip-hop, and even a bolero

Auditorio de Tenerife is the second institution in Spain to include the opera Fuenteovejuna in its lyric season. The first performance takes place tomorrow [Tuesday 18], with further shows on Thursday [20th] and Saturday [22nd], all of them in the Symphony Hall at 7:30 p.m. This opera, which is based on the Spanish Golden Age classic by Lope de Vega, has a score by composer Jorge Muñiz that includes urban sounds such as funk, hip hop, and even a bolero.

The Opera of Oviedo Foundation commissioned Muñiz, the first Grand Prize of the European Young Composer, to adapt the play Fuenteovejuna as an opera to mark the 400th anniversary of the creation of Lope de Vega's work. The world premiere of this adaptation with a libretto by Almuzara took place in Asturias in 2018.

The Tenerife Symphony Orchestra, conducted by maestro Santiago Serrate, and the nine solo singers are joined by thirty singers of the choir 'Coro Titular Ópera de Tenerife-Intermezzo' and the extras. The stage direction is by Miguel del Arco, winner of the 2017 National Theatre Award, and, for the shows in Tenerife, Raúl Vázquez will be in charge of stage revival direction.

The stage design was by Paco Azorín, while the costumes were devised by Sandra Espinosa. The lighting direction which can be enjoyed in the Symphony Hall is by Juanjo Llorens. As for the cast, the soprano María Miró will be Laurencia, the daughter of the mayor of Fuenteovejuna. Her sweetheart, Frondoso, will be played by the tenor Antonio Gandía. The bass Felipe Bou will play the municipal ruler, while the baritone Damián del Castillo will be transformed into the ruthless commander Fernán Goméz. The bass-baritone Fernando Latorre will provide the voice of his assistant.

The roles of the villagers Mengo, Pascuala, and Jacinta will be performed by the tenor David Astorga, the soprano Isabella Gaudí and the mezzo-soprano Marina Pardo, respectively. The tenor Juan Noval-Moro will play the magistrate who will issue a judgment on the town.

This opera, in three acts, shows that some questions posed by Lope de Vega have remained valid four centuries later: the united force of a social mass under the repression of the established power and corruption. With this work, Muñiz ratifies his commitment to social issues.

The tickets are available on the website www.auditoriodetenerife.com, at the auditorium's box office, or by dialling the phone number 902 317 327 from Monday to Friday from 10:00 a.m. to 05:00 p.m., Saturdays from 10:00 a.m. to 02:00 p.m. Check the special discounts for students, unemployed, large families, and holders of the TEN+JUB and TEN+DIS cards issued by the Tenerife Island Council as well as the special price of €5 for the audience under 30 years of age.

The subscription for Opera de Tenerife is available until today [October 17th], including five of the seven performances of the season: (Fuenteovejuna, Un ballo in maschera, Nancy Fabiola y sus invitados (Nancy Fabiola and her guests), Der Zwerg (The Dwarf) and Tannhäuser). The prices of the Opera Club pass start at 100 Euros. There is also a discounted pass for members of large families (-30%) and the offer continues for young people under the age of 30, who can enjoy the five products -all of them, except the chamber and family operas- for 20 Euros, that is to say, four Euros per performance.