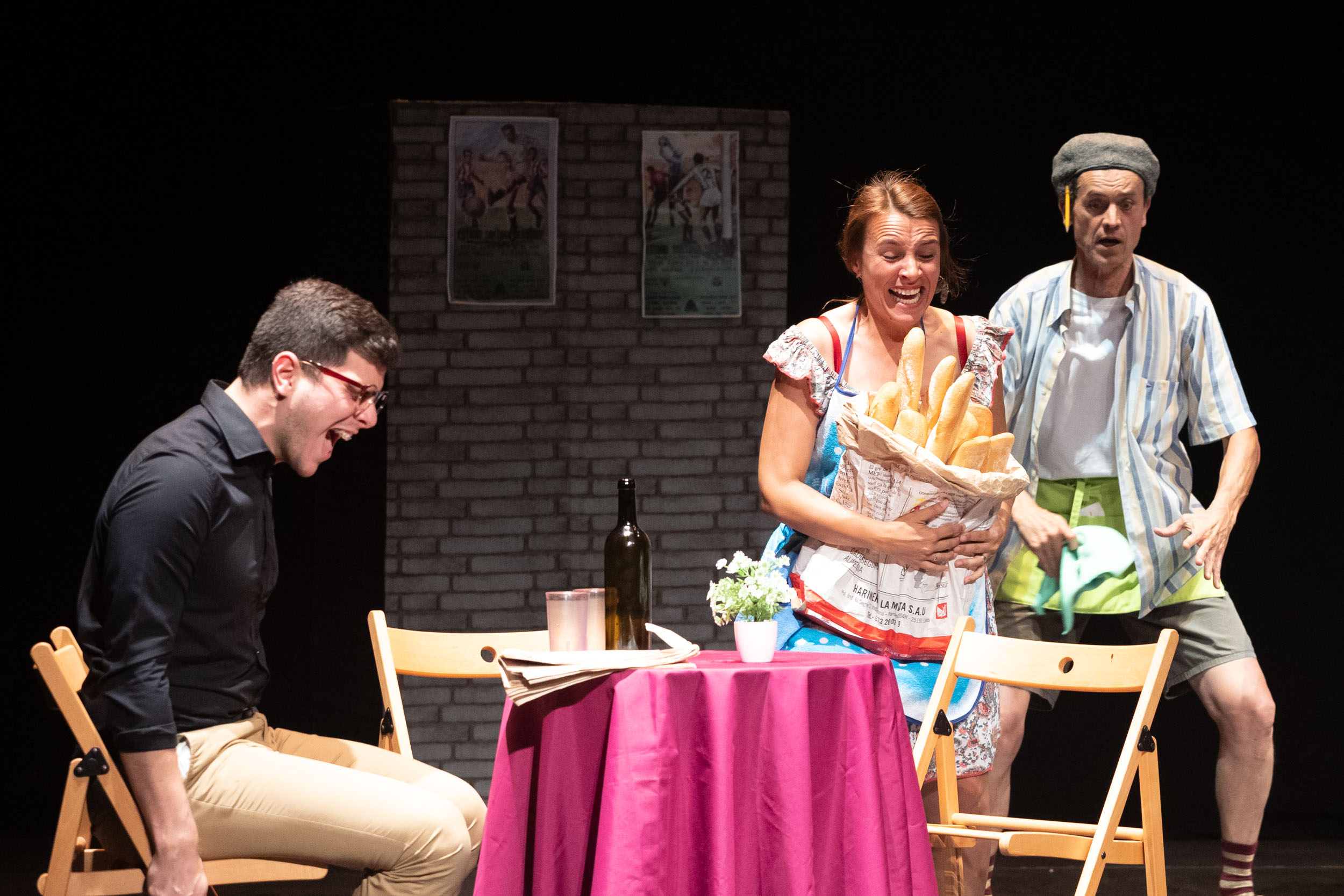 Tomorrow [Friday 14] the cultural centre Centro Ciudadano de Gracia in La Laguna hosts the play Bar Manolo. This play is part of the programme of the Teatro Aficionado (Amateur Theatre) of the Auditorio de Tenerife, a cultural venue linked to the Department of Culture of Tenerife Island Council that is managed by its island's Minister of Culture, Enrique Arriaga. The proposal by the theatrical association Tatrum begins at 8:00 p.m. Entry is free until full capacity is reached.

The theatrical piece Bar Manolo presents a popular establishment located just opposite the cemetery. Manolo, the bar owner, is a fan of crosswords and drinking. He is accompanied by Conchi, who is responsible for cleaning and cooking. During the show, a wide variety of characters will come to the bar, which will be the setting of forbidden love, vices, complicities, and madness. One day, things get out of control due to the death of an acquaintance and an accident that includes a coffin, an old woman whose memory is failing and a winning lottery number.

Nine performers from the Tatrum theatre association bring this proposal to life. José Manuel Sosa will be Manolo, the bar owner, while Yesica Rodríguez will be Conchi, the cook. Hugo Rodríguez will play Carlos the teacher and Mariana Rodríguez will be Silvia, mother of Leticia, who will be in the role of Yolanda Peña. Luisa and Paco are the workers at the funeral home, roles played by Olga Vanesa Curotto and José Luis Rubio, respectively. Lastly, Olgui González will become Blanca, the widow, and Pepe Damas will play Jesus, the plumber.

Bar Manolo was created by Jean Pierre Martínez and directed by Irene Pérez. The costumes and stage design of this show, which involves the collaboration of the Council of La Laguna, is provided by the theatre group itself.

The programme Teatro Aficionado (Amateur Theatre) is part of the Educational Social Area of the Auditorio de Tenerife. This programme encourages interest in the hobby of theatre and the production of theatrical plays by the existing associations on the island. It aims to stimulate matters such as communication, the exchange of ideas, and creativity amongst members who, in turn, belong to youth collectives, cultural collectives, women's collectives, and neighbourhood groups, among others.

Its objectives are to promote a liking for theatre among different social and cultural groups, as well as to promote the general public's attendance to, and love of, theatrical plays; likewise, to contribute to enriching the technical/artistic quality of amateur theatre groups and to create different work groups necessary in the production of a play.