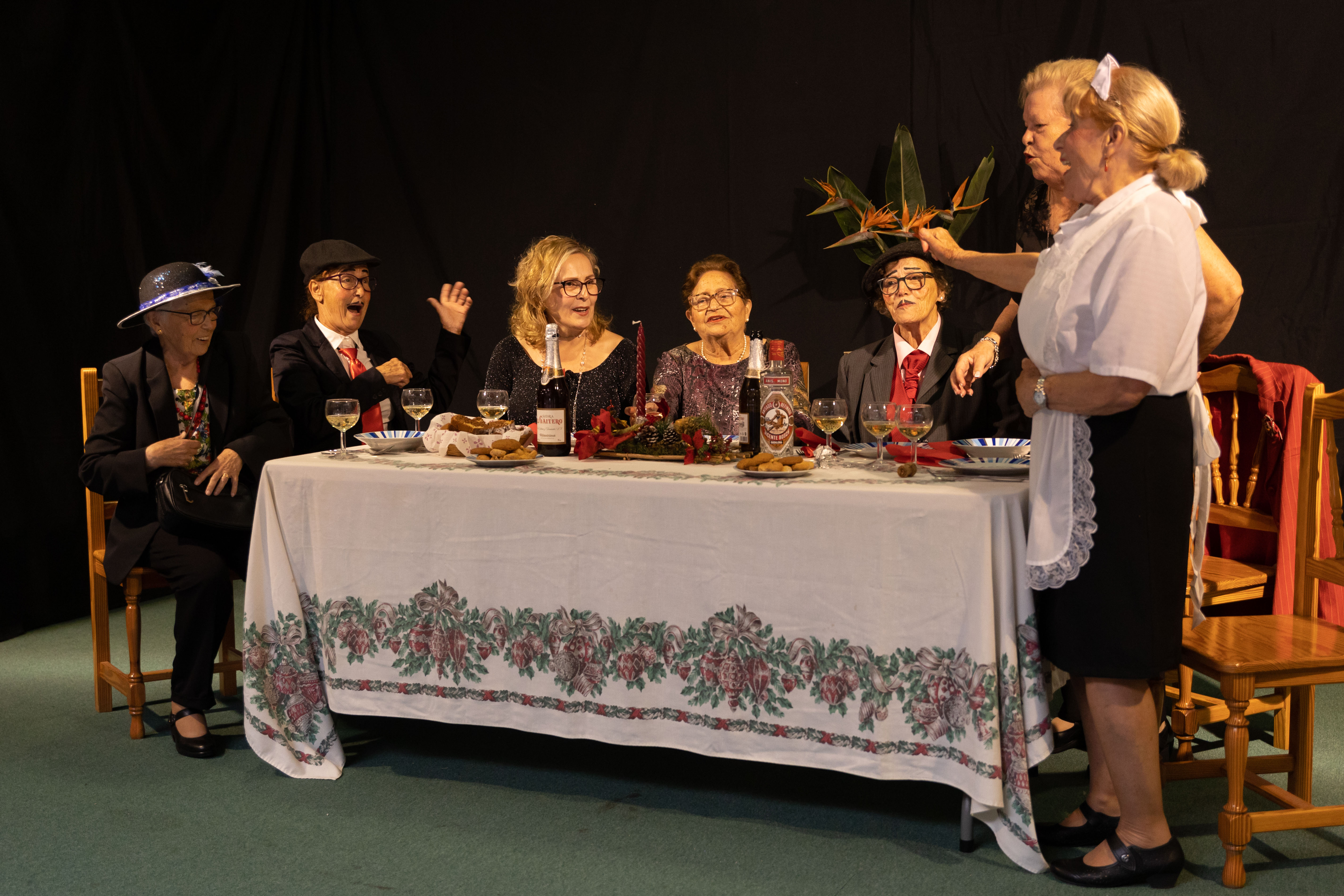 The theatrical programme Teatro Aficionado (Amateur Theatre) offers tomorrow [Tuesday 18] a new performance of Cena de Navidad (The Christmas Dinner), a play by the Association Rondalla Volcanes del Teide. The show takes place at the premises of the citizen's centre Asociación de Vecinos of La Florida at 5:00 p.m., in La Orotava. This activity promoted by the Auditorio de Tenerife has free entry until full capacity is reached.

The play begins on Christmas Eve, with the Sánchez family waiting for their daughter Pepita, her future husband, Javi, and his mother to arrive. The parents, the grandmother and the maid are busy preparing dinner. They want to organise a perfect evening at home, but nothing will happen as the Sánchez family thought. Will the evening be a dream come true or a real nightmare?

The play, which premiered last May, comprises the actresses Marina Santos García, Isabel Acosta Lina, Antonia García Luis, María del Pilar Padrón Yanes, Isabel Hernández Lorenzo, Ascensión Díaz González and Estrella Escobar Luis, under the direction of Eusebio Galván Cabello. The association is in charge of the costumes and scenography with the collaboration of the Town Council of La Orotava.

The Amateur Theatre programme is an initiative of the Educational Social Area of the Auditorio de Tenerife. This programme encourages theatre and the production of theatrical plays by the existing associations on the island. Furthermore, it aims to stimulate matters such as communication, the exchange of ideas, and creativity amongst members who, in turn, belong to youth collectives, cultural collectives, women's collectives, and neighbourhood groups, among others.

Its main objectives are to promote a liking for theatre among different social and cultural groups, to promote the general public's attendance to, and love of, theatrical plays; likewise, to contribute to enriching the technical/artistic quality of amateur theatre groups and to create different work groups necessary for the creation of a play: direction, performers, set designers, costume designers, costume makers, playwrights and scriptwriters.