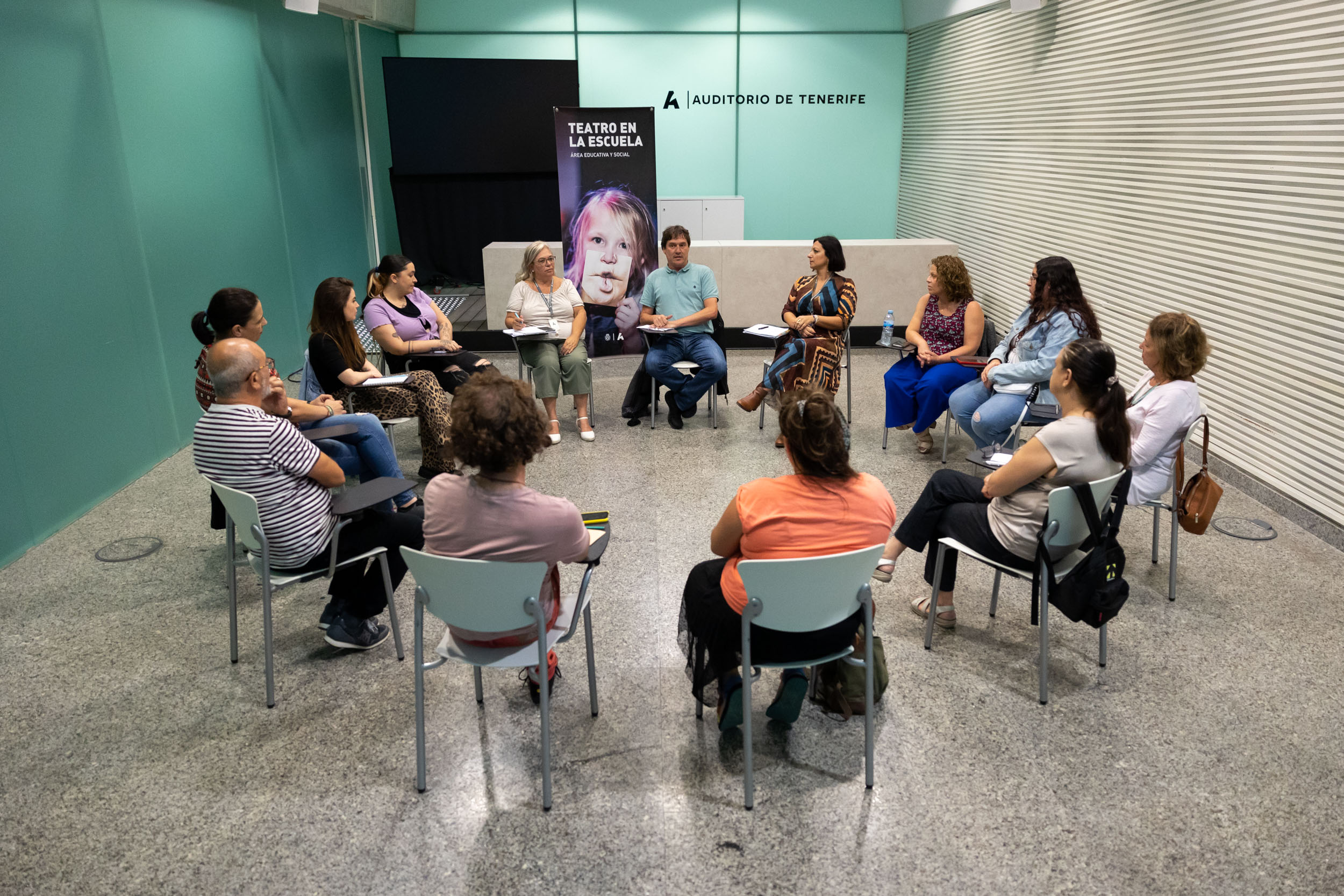 The Auditorio de Tenerife starts the seventh edition of the programme Teatro en la Escuela (Theatre at School). It is the first time that the high number of requests, a record for the initiative, has made it necessary to increase the number of planned shows. 118 Requests have been received from educational centres from 26 municipalities on the island for the fourteen theatre, oral narration, music and dance proposals that comprise the 2022-2023 catalogue.

In response to this demand, the number of activities offered has been increased, going from ten performances per company to fourteen, and from five creative processes, to seven. At an event with the artists that comprise the catalogue, the island director of Culture, Alejandro Krawietz, outlined “the importance of this programme, which is aligned with the cultural strategy of the Island Council”.

“Theatre at School already has its history and it would be interesting to continue to gauge the options that it has in the school environment in terms of the creation of audiences” suggested the island director, who confirmed that “in this edition great interest has been created by schools which we have been able to respond to by increasing the shows and we can thus handle all the requests”. Krawietz encouraged companies to “pass on the love for theatre, dance and music” during this direct contact with pupils.

This activity by the Educational and Social Department of the Auditorium brings performing arts to classrooms on the island. In addition to the show in situ, teaching guides are included in order for teachers to be able to work in the classroom and thus optimise the educational possibilities of the programme. The fact is that this programme is often the first theatre experience of pupils, who become its ambassador and can even end up bringing it into the family environment.

The program 'Theatre at School' aims to promote stage and musical languages to students within their own educational context link academic aspects to the professional context of performing arts in the Canaries, laying the foundations to encourage the socialisation of students within the school space, through cultural activities, and in turn promote the all-round development of pupils, as the companies stage works adapted to curricular needs, taking into account the Sustainable Development Goals of the 2030 Agenda of the United Nations and adapting to the technical conditions of schools.

The fourteen shows, selected by a committee of experts, are divided according to educational level: Pre-School, Primary and Secondary Education and Baccalaureate and training cycles. For Pre-School, La más bonita (The most beautiful) by puppet company Bolina Títeres, Quien siembra palabras recoge cuentos y cantos (Those who sow words reap stories and songs) by Silvia Torrents, Cuando la ciudad duerme (When the city is asleep) by Contando Ando & Co., and El vagamundos (The vagabond) by El Wije Producciones are on offer.

As for Primary, 'The pestoff', by Clownbaret; Indomable (Indomable) by puppet company Tragaluz Teatro de Títeres, Cuentos con ritmo y sabor (Tales with rhythm and flavour) by Samantha Moreno, Los secretos de mi paraguas (The secrets of my umbrella) by Antonio Conejo and Brandira, the creative process of Milagrosa Torres have been selected. The shows chosen for Secondary are uNpACKAGING by ziREjA, Entre burlas y veras (Half-jokingly) by Teatro Tamaska and Superbia by Ariadna Simó-Mandrágora Lab. Lastly, ¡Valientes! (Brave) by Burka Teatro and Manos mojadas (Wet Hands) by Mon Peraza are the proposals for Baccalaureate and training cycles.