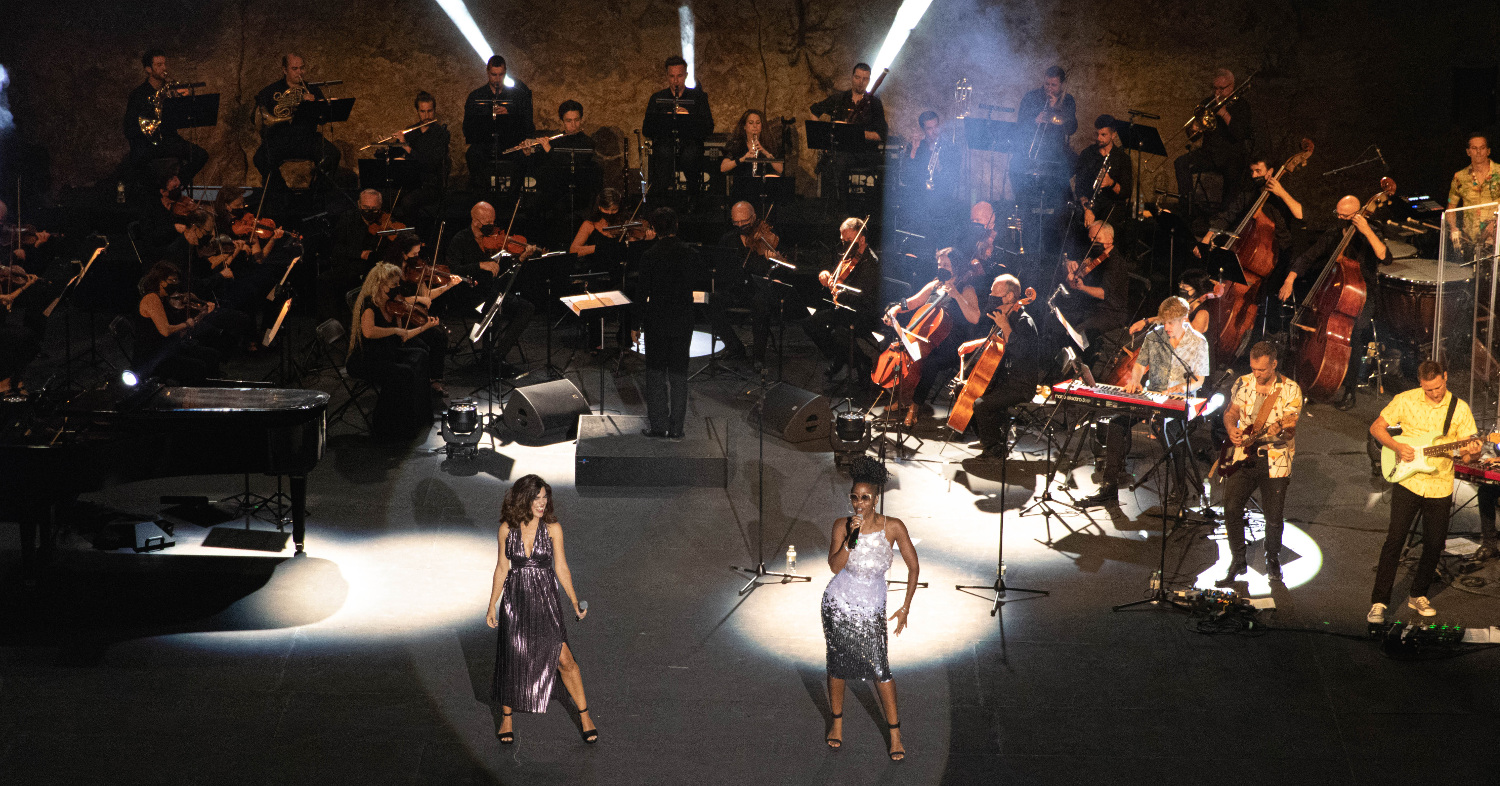 In ˊLove, love, loveˊ both presenters and the orchestra will be accompanied by a pop-rock band and three singers

The Auditorio de Tenerife offers the show Love, love, love. A trip through music and love, presented by José Corbacho and Ramón Gener, with music by the Tenerife Symphony Orchestra and The Love Rock Band, featuring three singers. It will take place on 16 February at 7:30 p.m. The tickets are on sale for 16 Euros for the entire Symphonic Hall, thanks to the launch promotion that discounts 20% of their value.

The show is a journey through the most renowned works of classical music and the most important hits of modern music. The performance includes music by Bach, Mozart, Beethoven, Verdi and Wagner, but also songs of Elvis Presley, Amy Winehouse, Bruce Springsteen, The Beatles, Madonna, Elton John, Katy Perry and Beyoncé.

During the show, between one song and the other, we will listen to incredible stories about the artists of the music that is performed during the show and the situations behind the compositions. The music will be performed by the Symphony Orchestra of Tenerife conducted by Rubén Gimeno, and The Love Rock Band, formed by pop-rock musicians and the three singers Sara Pi, Sebastián Ramírez and Tonia Richardson.

Although love and music may be perceived as magic and emotion, they are chemistry and mathematics. Love is not only the feeling that moves the world, rather, over the centuries it has been one of the main sources of inspiration for artists in general and musicians in particular. Hence why this show combines words and theatre with live music, performed by fifty musicians, including the members of a symphony orchestra, a pop-rock group and three first-rate singers.

Ramón Gener began training as a musician studying piano at the Conservatoire of the Liceu and he completed it with vocal studies in Warsaw and Barcelona. After a career lasting several years as a baritone, he began a new phase as a musical educator, offering conferences about classical music and opera.

The success of these conferences led him to the television world on TV3 with the programme Òpera en texans and subsequently on the national and international scene with This is opera and This is art. On radio he regularly collaborates with the programme Hoy por hoy on the Cadena SER channel and Versió RAC1. He has published the books Si Beethoven pudiera escucharme (2013), El amor te hará inmortal (2016) and Beethoven, un músico sobre un mar de nubes (2020).

José Corbacho is an actor, director and scriptwriter. He has been part of the theatre company La Cubana for twelve years with shows such as Teresina S.A., Cómeme el coco negro and Cegada de amor. He directed the film Tapas (2005) and obtained the award for best film at the Malaga Festival and the Goya Award for best new director. He directed the feature films: Cobardes e Incidencias (2015) and was also director of the series Pelotas on TVE. He is well-known for his television work on programmes such as La cosa nostra, Homo zapping, Tú sí que vales, Masterchef celebrity and Tu cara me suena, among others.

He is a founding member of Pepitos Brothers, a production company that he runs with Pep Espada and Bernat Gascon. José Corbacho himself is the artistic director of this show, with musical direction by Marcelo Frajmowicz and executive production by Pep Espada.

The tickets are available on the website www.auditoriodetenerife.com, at the auditorium's box office or by dialling the phone number 902 317 327 from Monday to Friday from 10:00 a.m. to 05:00 p.m., Saturdays from 10:00 a.m. to 02:00 p.m. In addition to the promotional discount of 20%, reducing the ticket prices from 20 to 16 Euros, the usual special Auditorio de Tenerife prices are still available for the audience under 30 years of age, students, unemployed, large families and the Opera de Tenerife subscription holders.