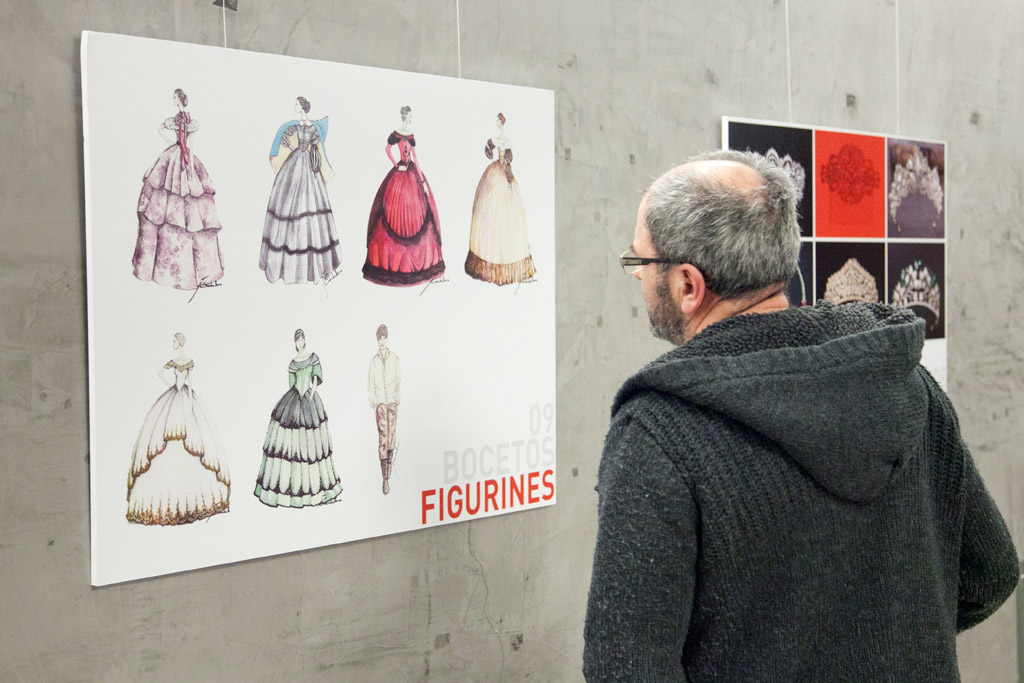 Coinciding with the next production of Auditorio de Tenerife, The traviata, the exhibition “Virtudes públicas, vicios ocultos” [Public Virtues, Hidden Vices], opened at La Laguna University Paraninfo yesterday afternoon [Thursday, 10]. In it visitors can learn about the creative process of this opera, the 6th show in the current Ópera de Tenerife season. It is on until 3 June and can be visited Monday to Friday from 5:00 pm to 8:00 pm.
The presentation was attended by the vice-chancellor of the University, Antonio Martinón; the deputy vice-chancellor for Relations with Society, Francisco García; the Island Director for Culture, Education, and Artistic Units of Cabildo de Tenerife, José Luis Rivero; and the intendant of Ópera de Tenerife, Alejandro Abrante.

The 10 panels with 65 images and 4 text panels offer an enjoyable way of seeing the preliminary meetings that gave rise to the project; the details of the stage design; the work done by the tailoring and make up departments, and even the first costume fittings or a selection of accessories to shape a production that is now opening to new venues without losing the essence of a major production. The exhibition includes two lady costumes made by the tailoring department of Auditorio de Tenerife.