Manos a la Ópera puts on ‘Brundibár, the Bumblebee’ with 130 children aged 3 to 5 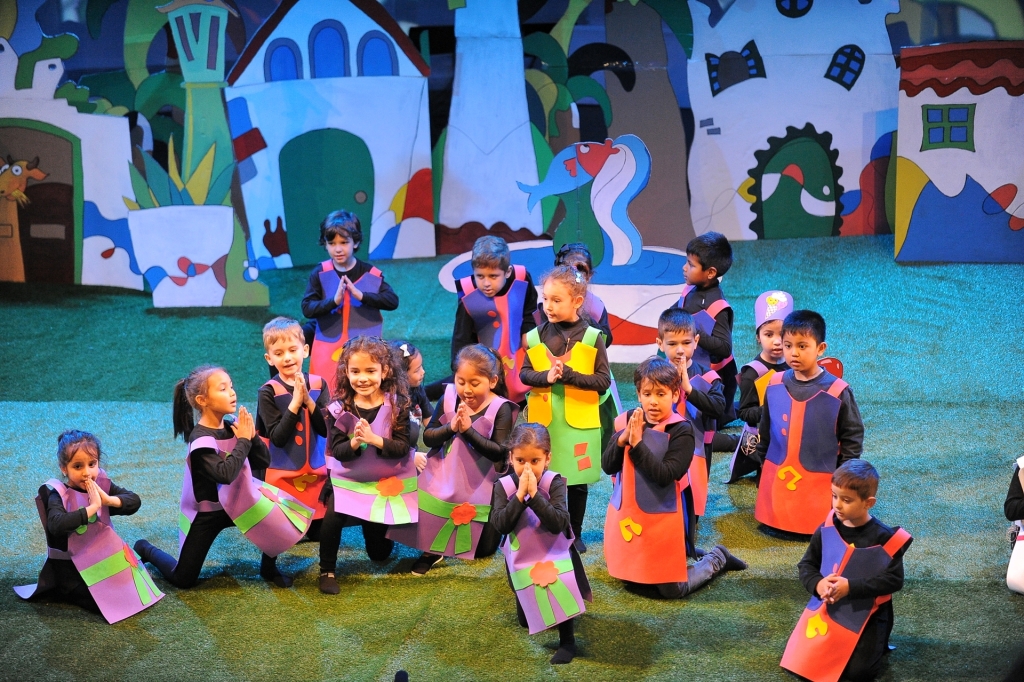 On 17 May, Auditorio de Tenerife Chamber Hall was host to the premiere of the sixth project by 2018 Manos a la Ópera [Hands-on Opera]. Brundibar, the Bumblebee is performed by 130 children 3 to 5 years old from the schools CEIP El Chapatal, Las Retamas, Ernesto Castro Fariñas, and San Fernando.

The show was put on for a further 400 children from these four schools. On Friday, 18 at 11:00 am, they performed for 413 students from the following schools: CEIP Ofra Vistabella, Colegio Cervantes, La Salle de La Laguna, and CEIP Fernando III El Santo. Finally, the families of the 130 children performing this children’s opera came to the Chamber Hall on Saturday, 19th.

The Island Director for Culture and Education of Cabildo de Tenerife, José Luis Rivero, attended the first performance of this well-established scheme, “which has been on for six years now; with Manos a la Ópera our aim is to foster creativity in the youngest”. This initiative meets the objectives set by Cabildo Insular for their Tenerife 2030 strategy. Rivero also stresses the involvement of the teachers in the activity.

The story of Brundibar, the Bumblebee is about two children who must find a way to get a bottle of milk for their sick mother. With the help of some animals, the kids overcome the problems to get the milk and they even manage to defeat organ grinder Brundibár, who wants to steal their money.

Manos a la Ópera is a project of the Learning Area of Auditorio de Tenerife and has the contribution of Fundación Cepsa and Obra Social “la Caixa” and is part of the Ópera de Tenerife season. The scheme is addressed to preschool children and it consists of creating a free version of an original opera in which the kids are the artists, producers and stage managers.

Parents and relatives also take part in creating the show as they come to the workshops at Auditorio de Tenerife where the costumes and stage designs are made. Melodie Pérez is in charge of directing and pedagogical co-ordination of Manos a la Ópera.