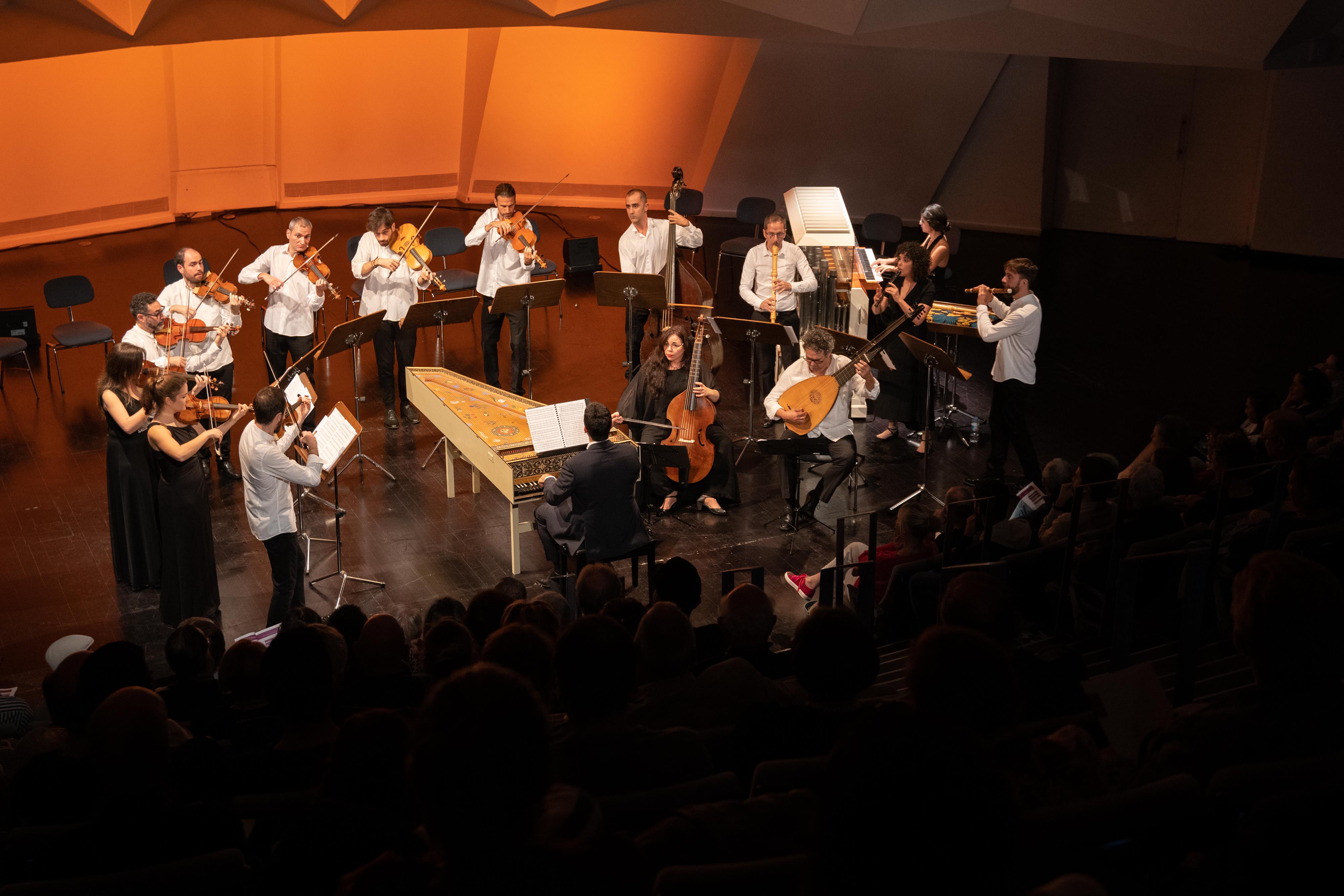 Orquesta Barroca de Tenerife, Auditorio de Tenerife’s resident ensemble, will offer six concerts in their third season, four of which at their main base and two at the churches of Granadilla de Abona and Buenavista del Norte. Many of its members have steady positions in other European groups but with the OBT these young musicians bring to life instruments and scores from the past. Their first engagement in the new season Will be on 12 September with Baroque Tulips.

The artistic director of the Orquesta Barroca de Tenerife, Conrado Álvarez highlights this season “the repertoire that includes great composers of the 18th century, the accuracy of the interpretation, and the historical performance with our young interpreters to share the sound of the Baroque by using period instruments”.

Dutch Jacques Ogg, Valencia-born Juan de la Rubia and Alfonso Sebastián from Zaragoza will join us again to conduct different concerts, in addition to the young Adrián Linares from Tenerife, concert master of OBT since the beginning and a soloist of violins II at the Orquesta Sinfónica de Galicia.

Also, from 2019 the Orquesta Barroca de Tenerife is joining the activities of the Auditorio de Tenerife Educational and Social Area with tailor-made concerts for primary school children from the 3rd to the 6th year plus for social groups. The main goal of these special concerts is to encourage active listening to Baroque music and learning about the period instruments the performers play.

Baroque Tulips pays tribute to Dutch good taste -inherited from the Baroque period- especially to the delight of their tulips and the excellent music they printed. This programme, to be conducted by Jacques Ogg, includes compositions by Unico van Wassenaer, Willem de Fesch, Antonio Vivaldi, Pietro Locatelli and Jean-Marie Leclair. Their outreach activity will take place during a specific music session with a group of elderly people who are part of the Cabildo’s social entertainment scheme “Ansina”.

The second concert will be held at the end of the year: Baroque Christmas Music (Barocke Weihnachtsmusik). It is taking place at 7:30 pm on 12 December at Auditorio de Tenerife’s Sala de Cámara. The programme includes a selection of cantatas, one of the musical forms that best represent the sound laboratory of the Baroque; works from the vocal catalogue of the so-called German Baroque music and the instrument practices of the workshop of J. Rosenmüller, G. Muffat and J. C. F. Fischer.

The first concert of OBT in 2020 will be Mulieribus, on 12 March at 7:30 pm in the Auditorio de Tenerife. Their repertoire pays homage to the performers of the Ospedale della Pietá in Venice, where one of the European great music conservatoires of the time was set up; it is also a tribute to the maestros who built a better world through music during the Baroque. This concert will be conducted by the leader of the orchestra Andrés Linares.

Finally, the ensemble will close the season on 21 May at 7:30 pm at Auditorio de Tenerife’s Sala de Cámara with Sounds from Brandenburg . The event includes a selection of Johann Sebastian Bach’s Brandenburg Concertos with the organist of the Basílica de la Sagrada Familia in Barcelona, Juan de la Rubia, as harpsichordist and conductor.

Most of the period instruments the Orquesta Barroca de Tenerife play belong to the collection of the Real Academia Canaria de las Bellas Artes, at whose base they hold some of their rehearsals.

Tickets for all the concerts taking place at Auditorio de Tenerife are no won sale through the usual channels of this Cabildo’s cultural venue: at the box office from 10:00 am to 7:30 pm, Monday to Saturday except holidays, via www.auditoriodetenerife.com  or calling 902 317 327.

The Orquesta Barroca de Tenerife, part of the Tenerife 2030 strategy, was established by Andmúsica, Asociación para la Normalización de la Música Antigua en Canarias [Association for the Standardization of Early Music in the Canaries], in 2017. Its goal is to promote young Canarian interpreters, who have been educated in Europe, in period styles and instruments, providing a suitable coordination platform to encourage the historical musical heritage from different sound perspectives, bringing all the music forms of the 17th and 18th centuries to new audiences, thus adding to the cultural events available on the island.