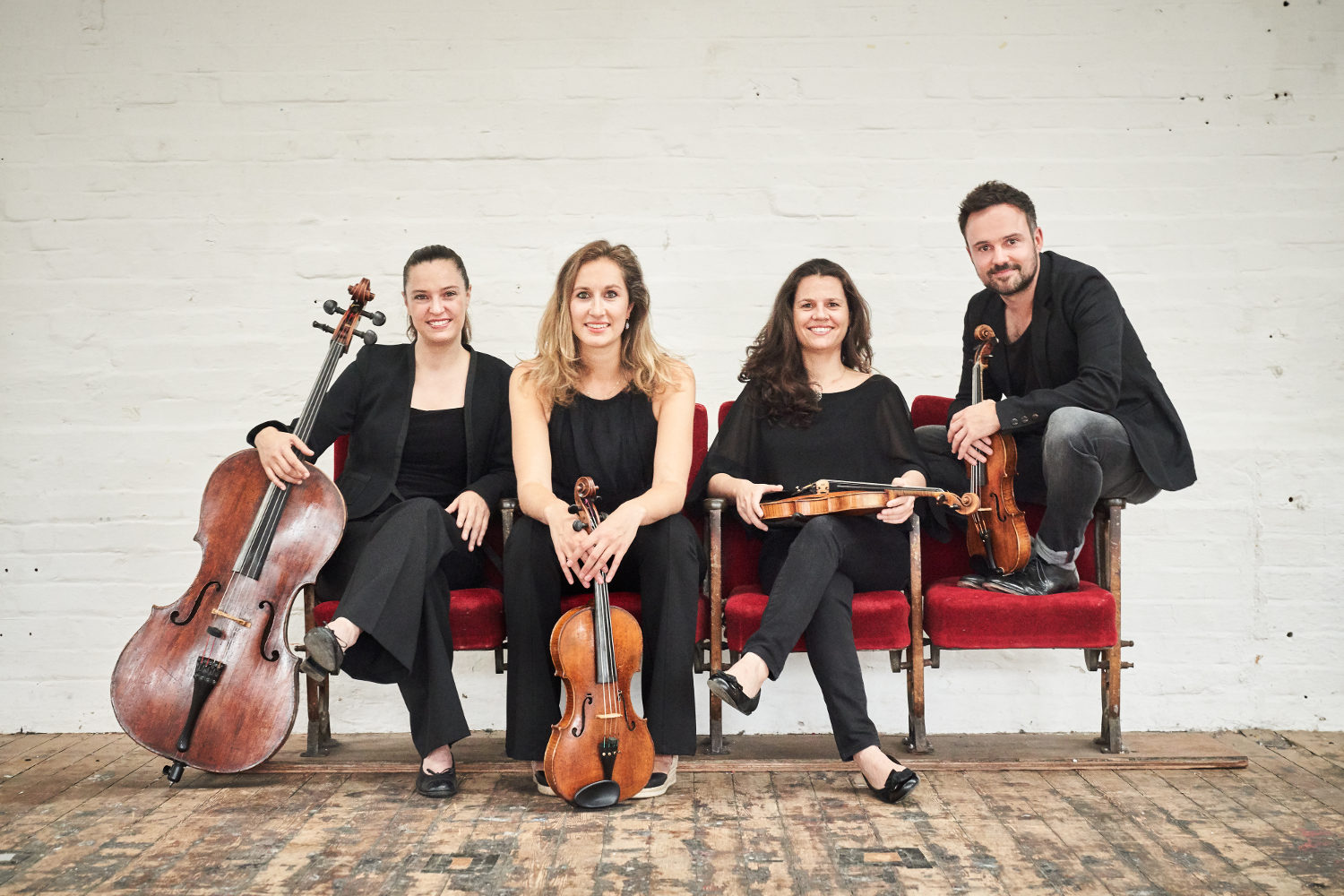 At 7:30 pm on Friday the 22nd Quantum Ensemble, group resident at Auditorio de Tenerife, will give their second season concert at the Sala de Cámara. The programme offers a striking contrast in its four pieces by 20th century composers: Britten, Birtwistle, Cage and Copland. Fricciones  also features Canarian dancer Carmen Macías, the British Elias String Quartet, clarinettist Cristo Barrios and pianist Gustavo Díaz-Jerez, who are both founding members of the Quantum Ensemble.

This repertoire, which combines tradition and the avant-garde, will be put in context by Miguel Ángel Marín, Fundación Juan March’s music programme director, in a talk taking place the same day of the concert at 6:30 pm in Auditorio de Tenerife’s Sala de Cámara. Admission to the talk is free.

Violinists Sara Bitlloch and Donald Grant along with viola player Simone van der Giessen and cellist Marie Bitlloch make up the Elias String Quartet, which was set up in 1998 at the Royal Northern College of Music, in Manchester, where they worked with the late Dr Christopher Rowland.

Fricciones, following a well-established tradition in the programmes of the Quantum Ensemble, allows us to contrast the styles and creative personalities of two pairs of composers whose biographies overlap in space and time.

The concert starts with a mature and profound work by Benjamin Britten, namely, his String Quartet No 3. The contrast here is established with his compatriot, the English composer Harrison Birtwistle, who belongs to a later generation that broke in a radical fashion with the past.

Víctor Durà-Vilà, lecturer at the University of Leeds, explains that “Birtwistle creates with Linoi a very singular work for clarinet, piano, and dancer”.

Next, we will have the opportunity to perceive the differences between the two US composers. “In spite of their being contemporaries and the premieres of their works close in time, John Cage and Aaron Copland belong to two very distant aesthetic universes”, Durà-Vilà says, to then conclude with “what is shown by the pairing of these four compositions, similar as regards to nationality and time-frame, but provoking very different aesthetic experiences, is that audience members should cultivate an attitude of flexibility and curiosity—one devoid of preconceptions—when attending concerts that showcase the amazing wealth of 20th century music”.

Tickets can be bought through Auditorio de Tenerife usual sale channels: t the box office from 10:00 am to 7:30 pm, Monday to Saturday except holidays; via www.auditoriodetenerife.com  or calling 902 317 327.

Quantum Ensemble’s public activity this week starts on Thursday the 21st at 11:00 am at the Conservatorio Superior de Música de Canarias with a master class for Donald Grant’s students. Grant is one of the Elias String Quartet’s violinists and he also teaches chamber music at the Royal Northern College of Music. The ensemble’s outreach concert is taking place at 5:00 pm and will be attended by people who have been diagnosed with the Asperger syndrome. There will be volunteers of Obra Social “la Caixa” collaborating in the event.

Also on Friday the pedagogic concert will take place at 11:00 am for school children taking part in this programme. It will also work as the practical session for the first Taller de Comunicación Didáctica para la Música [Workshop on Didactic Communication for Music], organised by Auditorio de Tenerife’s Social and Educational Area. This learning session includes teaching resources, a talk and a presentation by musicologist Marina Hervás. This concert, to take place at Auditorio de Tenerife’s Sala de Cámara, will be attended by 370 Secondary School children coming from 10 different schools in Güímar, La Laguna, San Miguel de Abona, Santa Cruz de Tenerife and Tacoronte.