To close the lyrical season, the Auditorio de Tenerife offers a zarzuela anthology 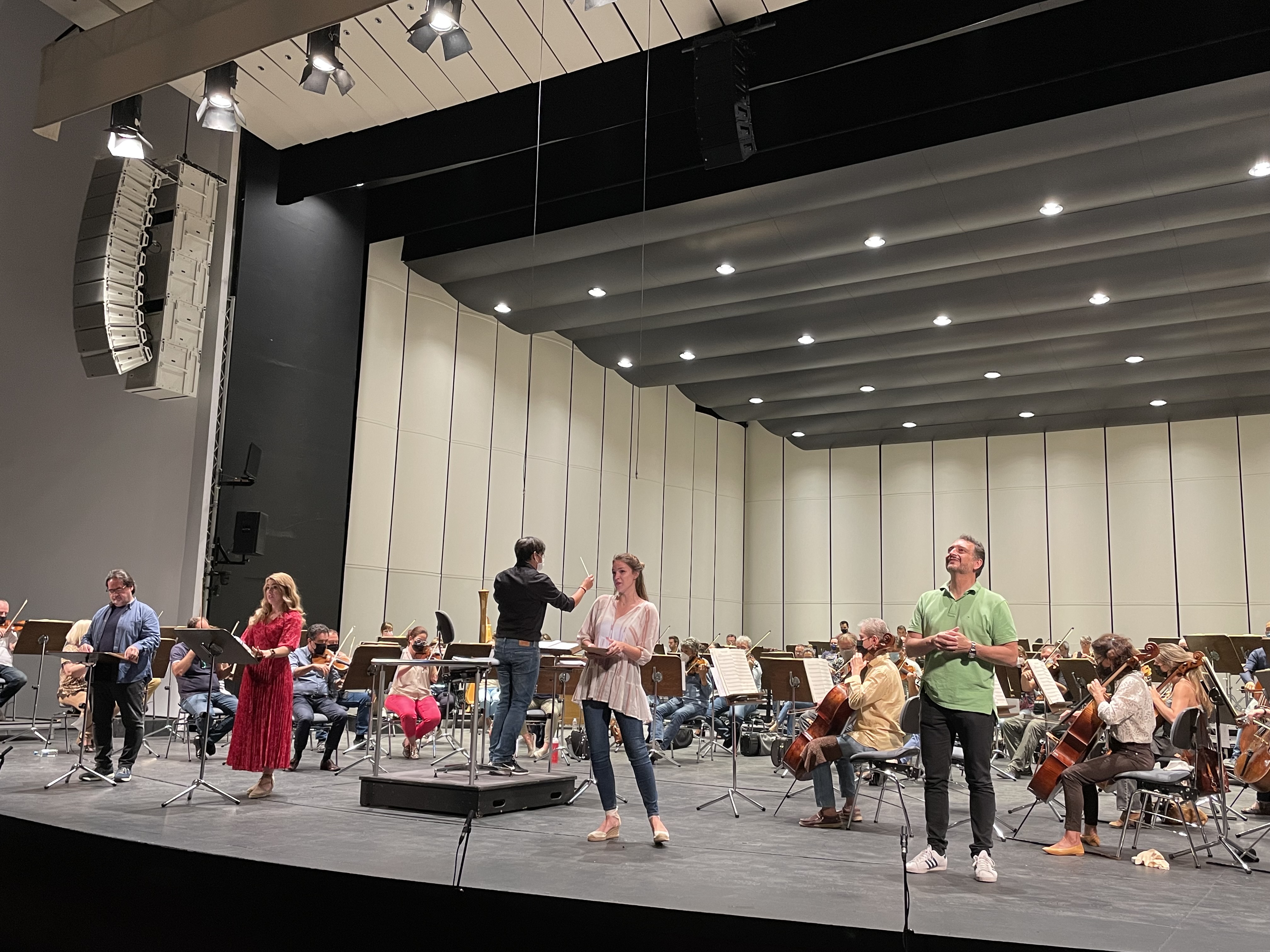 Tickets for this Saturday's concert are already sold out

The Auditorio de Tenerife, an institution linked to the Department of Culture of Tenerife Island Council, is managed by the island's Minister of Culture, Enrique Arriaga. On Saturday 26 from 7:00 pm onwards, it offers a zarzuela anthology to close the lyrical season of this cultural venue. Under the musical direction of José Luis Gómez, the sopranos Marina Monzó and Sofía Esparza, the tenor José Bros, the baritone Javier Franco feature during this production with music by the OST, Tenerife Symphony Orchestra. The tickets are sold out.

The four singers will perform four duets. The first piece is titled 'Hace tiempo que vengo al taller' from the zarzuela ‘La del manojo de rosas’, with Sofía Esparza and Javier Franco. The concert will continue with José Bros as Fernando and Sofía Esparza as Doña Francisquita, who feature the second act duet of ‘Doña Francisquita’. Marina Monzó (as Luisa) and Javier Franco (as Vidal) will sing the duet of 'Luisa Fernanda'. José Bros will sing 'Torero quiero ser', from the zarzuela 'El gato montés'.

The programme is rounded up with a solo by the Tenerife Symphony Orchestra playing the preludes of 'La revoltosa', the second act of 'La del manojo de rosas', 'Agua, azucarillos y aguardiente', 'El bateo' and the intermezzos of 'La leyenda del beso' and 'La boda de Luis Alonso'.

The Spanish orchestra conductor José Luis Gómez was born in Venezuela and makes his debut in the Opera de Tenerife during this season. In September 2010, he won the first prize during the Sir Georg Solti International Conductors' Competition in Frankfurt. He was subsequently appointed assistant conductor of the Frankfurt Radio Symphony. He currently works as music director for the Tucson Symphony, and from 2012 to 2015 he was principal conductor of the orchestra Teatro Sociale di Como.

José Bros returns to the Auditorio de Tenerife, where he premièred Werther in 2016. Subsequently, he also directed Don Carlo (2018) and worked during the lyrical gala celebrated last December. Bros is considered one of the greatest exponents of the romantic bel canto repertoire. Thanks to his outstanding musicality, he has covered a very wide opera and zarzuela repertoire with more than 65 titles. He was born in Barcelona, where he studied music at the Municipal Music Conservatory and sang with the maestro Jaume Francisco Puig. In 1991, he made his debut in Sabadell with Don Giovanni (Mozart). In 1992 he conducted Anna Bollena (Donizetti) at the Gran Teatre del Liceu with Edita Gruberova.

Marina Monzó makes her debut during the Opera de Tenerife season. She studied piano, flute and singing at the Conservatory of Valencia. She attended several master-classes with artists like Mariella Devia, Renata Scotto, Daniela Dessì, Juan Diego Flórez and Raúl Giménez. She has been studying regularly with soprano Isabel Rey since 2014. Her repertoire includes titles by Bellini, Donizetti, Mozart, Rossini and Verdi. In September 2015 she participated in a Gala at the Teatro Real, where she shared the stage with singers such as Juan Pons, Gregory Kunde, Carlos Álvarez and Isabel Rey.

In 2016 she made her debut at the Bilbao Opera with the role of Amina in La sonnambula (Bellini) and joined the Accademia Rossiniana di Pesaro under the direction of Maestro Alberto Zedda, where she made her debut with the role of La Contessa di Folleville from Il Viaggio a Reims (Rossini). Since then, she has sung with the tenor Juan Diego Flórez in different concerts. She made her début at the Teatro de la Zarzuela with Le cinesi (Gluck), and Il viaggio a Reims at the Verona Philharmonic Theatre; she featured Sophie of Werther (Massenet) in Las Palmas; she featured Oscar of Un ballo in maschera (Mozart) in La Coruña; Inés of La Favorite (Donizetti) at the Teatro Real; Fulvia of La pietra del paragone (Rossini), during the Rossini Opera Festival. She sang in Naples during the opera Rigoletto (Verdi), and in Florence during the opera Don Pasquale (Donizetti).

Sofía Esparza was born in Pamplona in 1994. She participated in the Opera (e)Studio programme of Opera Tenerife during the 2019-2020 season. She has studied with great masters, like Alberto Zedda, Mariella Devia, Renato Bruson, Malcolm Martineau, Giulio Zappa and Ana Luisa Chova, among others. She has won over a dozen prizes in international competitions, which recognise her as an emerging young lyric artist.  In addition to the Auditorio de Tenerife, she has performed at the Tbilisi Opera State Theatre in Georgia, at the Comunale di Bologna and in Spanish theatres, such as the Palau de les Arts (Valencia), Gran Canaria, Teatro Campoamor (Oviedo), Arriaga (Bilbao), Gayarre and Auditorio Baluarte (Pamplona). Likewise, she has shared the stage with world-famous artists, such as Anna Pirozzi and Plácido Domingo.