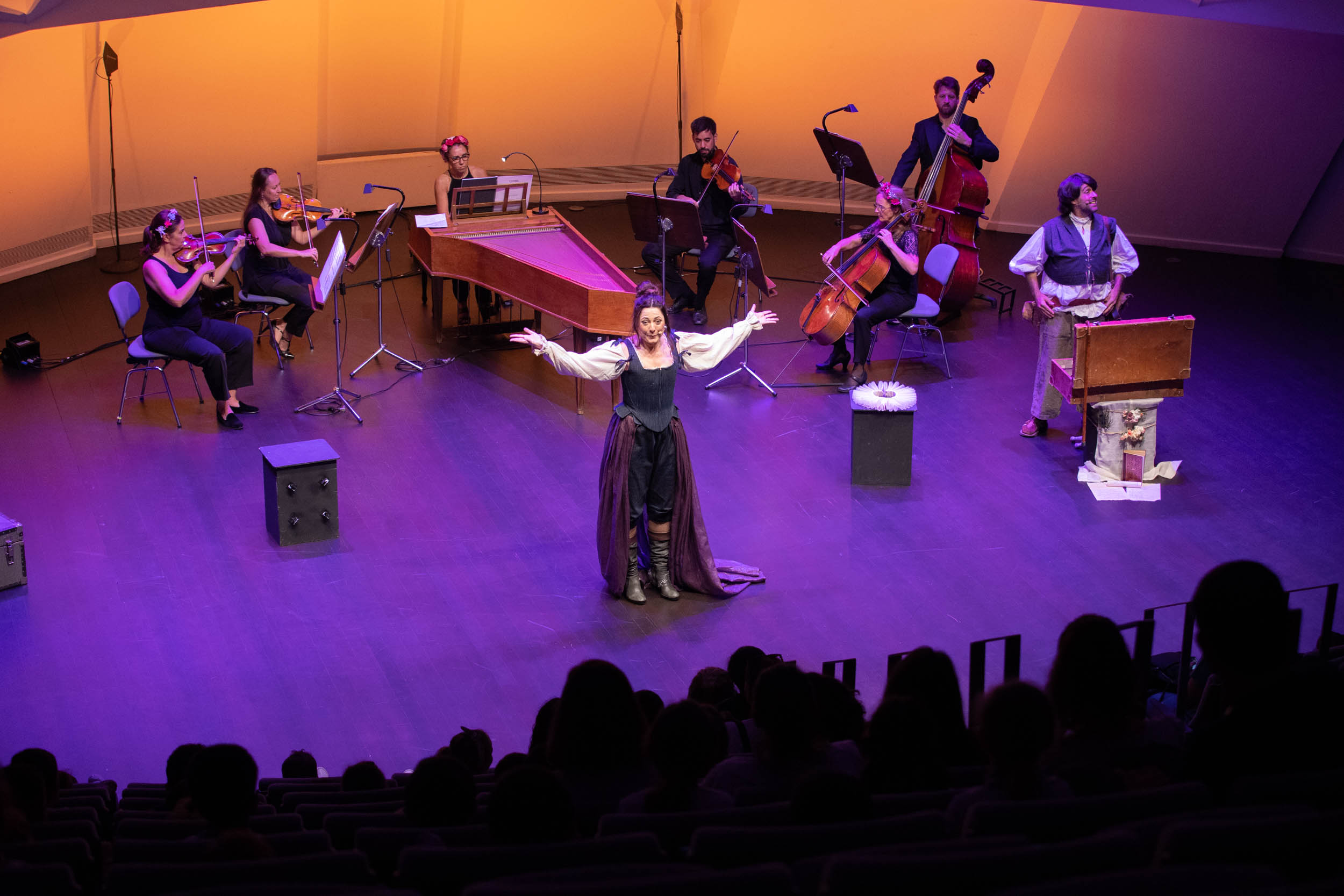 ‘Al son de Cervantes' (To the Beat of Cervantes) finishes on Saturday with a family concert. There are tickets only left for the session for children under three years old

Al son de Cervantes (To the Beat of Cervantes) is the offer proposed by the Orquesta Sinfónica de Tenerife (Tenerife Symphony Orchestra) in its first educational week of the season. It started today [Wednesday 16th] with 527 schoolchildren attending the first two sessions, a similar number to that expected tomorrow [Thursday 17th]. The activity concludes on Saturday with a concert for families with children under 3 years of age that starts at 11:00 a.m., and another one for families with children over 3 years of age that starts at 12:30. The tickets for this concert are sold out.

Two comedians from the Golden Age called La Cervantona and El Cervantillo are in charge of bringing different episodes of Don Quixotte a bit closer to the little ones -episodes that serve as the basis for Telemann's musical work – as well as guiding them in their active listening. Through poetry, juggling, and humour, they will fulfil their mission of narrating, evoking, and inviting listening while involving the audience together with the musicians of the symphony.

This programme is the same as the one that will be offered on Friday [18th] in Los Silos. It starts at 5:30 p.m., in the old Convent of San Sebastián (Los Silos), to celebrate the International Storytelling Festival. On Saturday it will be played at the Auditorio de Tenerife. It is a family concert with two performances starting at 11:00 and 12:30.

The first of Saturday's concerts will be for children under three years of age. Tickets can only be purchased personally at the Auditorio de Tenerife box office, by calling 902 317 327 (from 10:00 a.m. to 5:00 p.m. and Saturdays from 10:00 a.m. to 2:00 p.m.) or book them by e-mail at This email address is being protected from spambots. You need JavaScript enabled to view it.. The payment must be done personally or by telephone within the period communicated to you. Each baby may be accompanied by a maximum of two adults. Accreditation of the child's age will be requested at the time of access to the hall by presenting the ID card or family book. Tickets for the 12:30 performance - aimed at children over 3 years old - are sold out.